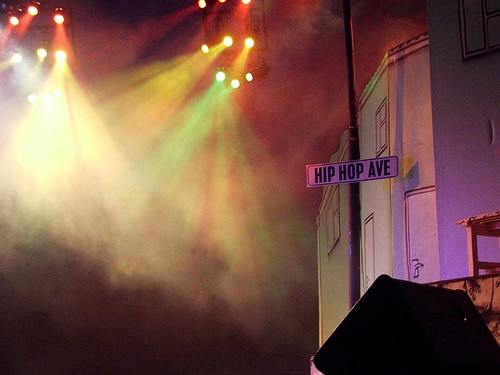 Good news for Hip-Hop fans. The iTunes Store just released a FREE 25-minute hip-hop mixtape called Street Official Mixtape Vol. 1 from Winta (aka Big Young) to help celebrate November’s Hip-Hop History Month. This will be the first completely legal mixtape in history for download in iTunes. Apple is also offering the individual tracks that inspired the mixtape for sale. You can download Street Official Mixtape Vol. 1 for free here.

The official statement from Apple announcing the mixtape implies that more mixtapes will follow this release. Why else would they call it “Street Official Mixtape Vol. 1”, right? Maybe we will see more monthly releases. Here’s the official announcement from Apple:

“November will mark a historic moment in hip-hop as the iTunes Music Store celebrates Hip-Hop History Month with Street Official Mixtape, Vol. 1, the first completely legal, free mixtape for download, along with the tracks that inspired it. Every month DJ and host, “Winta” aka “Big Young” will deliver a new edition of the Street Official Mixtape filled with the most authentic hip-hop material in the iTunes Music Store – new releases, exclusives, test-presses, underground, hip-hop classics, and a few surprises.

In the tradition of hip-hop, Vol. 1 was assembled exclusively with independent record label material and includes joints from KRS-One, will.i.am, Planet Asia, Masta Ace, Encore, and many more.