Spider-Man 3 made a record-breaking $148 million this past weekend. The film now holds the top spot for the most successful movie opening of all time. Sony Pictures, the studio who produced the film, was so happy with the North American box office results they announced that Spider-Man will return for at least three more movies.

Sony Pictures chief executive Michael Lynton had this to say to the BBC about the record-breaking Spider-Man 3 box office totals.

“Everybody has every intention of making a fourth, a fifth and a sixth and on and on.” There would be “as many as we can make good stories for…”

According to BoxOfficeMojo, Spider-Man 3 now holds the record for the most successful opening weekend in history, making $148m (£74m).

Here are the other films that round out the top ten: 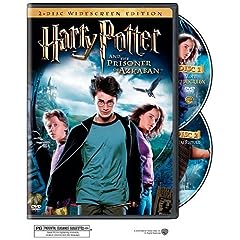 Michael Lynton went on to say: “When everybody comes up for air, we can think about how to make the next (Spider-Man film)” The box office results “way exceed our expectations.”

I just hope Sony stays with current Spider-Man director Sam Rami. Most superhero franchises are already ruined by the 3rd film (Batman, X-Men, Superman, etc.), but Rami seems to have found a good balance between story and special effects to keep the franchise fresh and entertaining.

Unfortunately, when movie studios don’t know how to evolve a superhero storyline, they just reboot it. Sometimes a reboot works. For example, Batman Begins was a fantastic reboot of the Batman franchise. But oftentimes, it’s a waste of time for everybody, especially fans. The Superman film franchise is a good example of bad execution.