James D. Watson, who helped crack the DNA code half a century ago, last week became the first person handed the full text of his own DNA on a small computer disk. But he won’t be the last.

Soon enough, scientists say, we will all be able to decipher our own genomes — the six billion letters of genetic code containing the complete inventory of the traits we inherited from our parents — for as little as $1,000.

Just what we will do with the essence of who we are once we bottle it, however, is likely to be as much a social experiment as a scientific one.

As thousands of people decode their DNA over the next few years, they are likely to find themselves facing a genetic mirror whose reflection changes on an almost daily basis.

The more genomes that scientists have to work with, the more they can learn about them. So staying on top of your own health outlook may begin to resemble checking the performance of your stock portfolio. One day you find you have a gene that puts you at risk for diabetes; the next it’s one that may make you live longer. 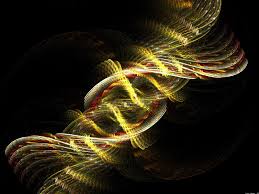