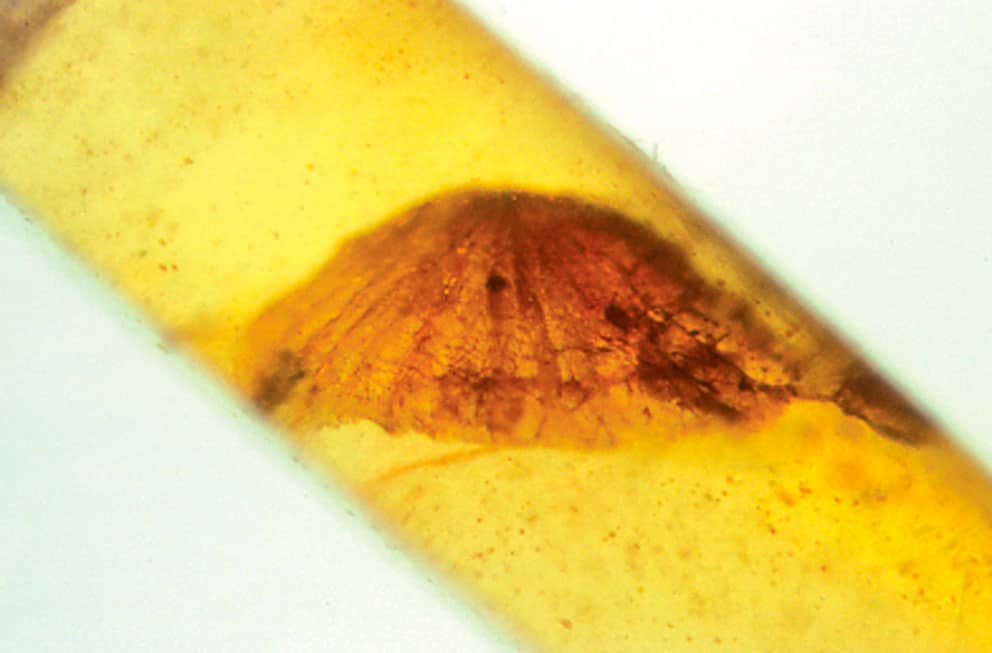 An Oregon scientist and a nurse from Kentucky have found the oldest known mushroom on Earth. The ancient discovery was entombed in a 100-million-year-old piece of amber from Myanmar.

More Than Just An Ancient Mushroom

A closer examination of the nine-hundredths-inch-long mushroom cap revealed that it had been infected by an ancient parasite, Mycetophagites atrebora. But a second parasite, Entropezites patricii, was feeding on the first parasite. It’s an incredible amount of diversity in one tiny piece on amber.

“I was amazed enough with the mushroom,” said George Poinar, a retired entomology professor in Corvallis. “But then seeing the parasites was astonishing. No one has ever seen this three-tier association before.”

Poinar, formerly of the University of California at Berkeley, said the mushroom was spotted about a year ago by Ron Buckley, a registered nurse and amber-fossil collector and photographer from Florence, KY. Buckley sent the amber specimen to Poinar, who confirmed the discovery and found the two parasites.

“This shows how far back mushrooms — and the parasites that infect them — go,” Poinar said. “They’re similar to pinwheel mushrooms that grow on the bark of modern trees. They dotted the trees 100 million years ago, so they probably were tasty treats for the dinosaurs to nibble on.

The ancient mushroom is now officially known as, Palaeoagaracites antiquus Poinar and Buckley.