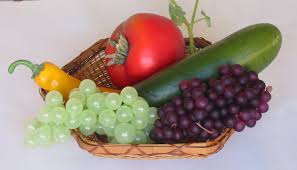 Eleven of the country’s biggest kids food advertisers are announcing plans to limit their ads to more nutritional products in kids shows. The shift could affect their ad buys while raising the pressure on media companies to impose their own limits on the food ads.

“Entertainment companies are not included [in the initiative], and they should set up something similar,” said Margo Wootan, director of nutrition policy for the Center for Science in the Public Interest. “In some way, they are more responsible” for increasing childhood obesity.

Advertisers are unveiling their pledges today at a forum sponsored jointly by the Federal Trade Commission and the Department of Health & Human Services, in answer to complaints from ad critics, senators and the FTC that ads for junk food have been a factor in rising childhood obesity.

The pledges come as part of an initiative from the Council of Better Business Bureaus affecting major companies.

General Mills’ limits will force it to quit advertising Trix unless it can change the product’s formula. Campbell Soup will advertise its low-sodium chicken noodle soup rather than the regular soup. McDonald’s national kids ads will feature only balanced meals of 600 calories or less.

“This is the first time that a majority of children’s food advertisers have publicly committed that, if they are advertising foods to kids, they will be using nutritional information,” said C. Lee Peeler, president-CEO of the CBBB’s National Advertising Review Council. “It is a very strong program and an important voluntary response [in the industry] to the concerns that have been raised.”