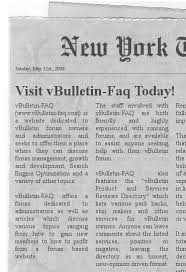 Newspapers’ online audiences are rising at twice the rate of the general internet audience, according to research by Nielsen//NetRatings for the Newspaper Association of America. The research is being used to back up a recent industry ad campaign undertaken by the NAA called Newspaper: The Multi-Medium. The goal is to attract marketers to newspaper websites based on the apparent sophistication and earning power of those particular readers when compared to average web surfers. Among the findings of the report, which was based on existing and ongoing data collected in Nielsen’s @Plan survey:

— An average of more than 59 million people (37.6 percent of all active internet users) visited newspapers online each month during Q1, a 5.3 percent increase over the same period a year ago, according to Nielsen//NetRatings NetView custom analysis. During the same time period, the overall internet audience grew just 2.7 percent.

— The research is in line with a multitude of data that has often demonstrated the value of online audiences in terms of their shopping habits and earning ability. This study, though. also tries to single out newspaper readers as having a particular affinity for e-commerce: roughly nine in 10 (88.1 percent) newspaper website visitors have made a purchase online in the last six months, compared with 78.9 percent of the overall online audience. Four in 10 (41 percent) newspaper’s online readers work in professional or managerial jobs, compared with one in three (32.7 percent) of the overall internet population.

— About 12 percent of those who have visited a newspaper website have annual household incomes in excess of $150,000. In contrast, less than one in 10 (9.3 percent) of the overall internet audience earns that much.