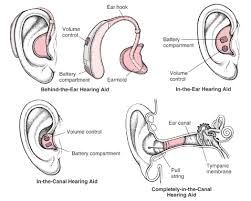 A 108-year-old woman has been told she must wait at least 18 months before she receives a new hearing aid.
Olive Beal, who has failing eyesight and uses a wheelchair, finds it difficult to hear with her five-year-old analogue aid and needs a digital version that cuts out background noise and makes conversation easier.

Mrs Beal, a former piano teacher who was involved in the suffragette movement, would be 110 by the time she gets her new hearing aid. “I could be dead by then,” she said yesterday.

Her family said they had been shocked to be told there was an 18-month waiting list by the Eastern and Coastal Kent Primary Care Trust. A digital hearing aid costs about £1,000 on the open market.
Maria Scott, 52, her granddaughter, said: “After having a hearing test on Wednesday they said, ‘yes, she does need a digital hearing aid, but there is an 18-month waiting list’.

“I would have thought they would take her age into account as she probably has not got 18 months to wait.

“Olive has worked hard from the age of 16 to her late 60s and paid taxes. She has been healthy all her life and lived with her daughter until 15 years ago – she has never sponged off the state. I thought a 108-year-old deserved to be treated better than this.”

Born in 1899, Mrs Beal grew up in Paddington, west London, and went to school with Christabel Pankhurst, daughter of suffragette leader Emily, and helped at suffragette demonstrations.

She had four children, two boys and two girls, but only her eldest son is still alive. He is in his 80s and lives in Dover. Her husband died in 1962.