Children who participated in “Kid Nation,” a CBS reality show that has come under fire over questions of whether it violated child safety and labor laws, were required to do whatever they were told by the show’s producers, 24 hours a day, 7 days a week, or risk expulsion from the show, according to a copy of the contract signed by the children and their parents.

The contract also specifies that while the children could be paid for their participation, those payments or the agreement to be fully under the producers’ direction did not constitute employment under the producers’ interpretation and therefore was not subject to any state or federal labor laws.

The agreement, which was provided to The New York Times by the New Mexico attorney general’s office under an open records act request, appears to anticipate the arguments that were later made by New Mexico state authorities that the show’s producers might have violated state labor laws and licensing requirements for child housing.

“Kid Nation,” which is scheduled to have its premiere on CBS on Sept. 19, took 40 children, ages 8 to 15, and placed them in a New Mexico desert “ghost town” near Santa Fe for 40 days, during which they had little to no contact with their parents. The program has been criticized by New Mexico state authorities who have said that they were not notified in advance of the conditions, which they said appeared to violate state laws.

The parent of at least one participant has complained to New Mexico authorities that the conditions were abusive and that several children were harmed during the production.

The 22-page agreement leaves little room for parents to argue that they did not know what their children might encounter. As is standard in such agreements, the parents and the children agreed not to hold the producers and CBS responsible if their children died or were injured, if they received inadequate medical care, or if their housing was unsafe and caused injury.

But while such agreements might be standard for adult participants in a reality show, it also takes on a different tone when the minor and the parent are being held solely responsible for any “emotional distress, illness, sexually transmitted diseases, H.I.V. and pregnancy” that might occur if the child “chooses to enter into an intimate relationship of any nature with another participant or any other person.” 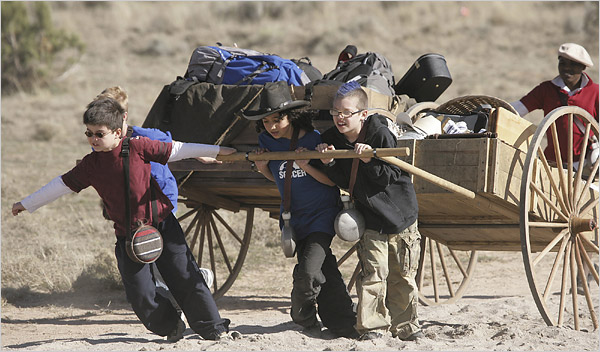