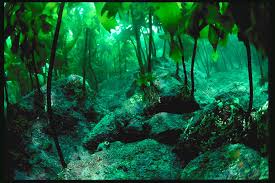 Here’s an A to Z of alternative materials and innovative processes that can turn that biomass into fuel. From milk-based ethanol, to termite intestines that help make biofuels, check out these 26 sources.

Apples: Fructose, the sugar found in apples and other fruit, can be converted into a fuel that contains more energy than ethanol, say scientists from the University of Wisconsin-Madison. The fuel is called dimethylfuran or DMF, and it supposedly has a 40 percent greater energy density than ethanol.

Beer: Researchers at The University of Abertay Dundee’s School of Contemporary Sciences are investigating ways to turn waste residues from beer- and whiskey-making processes into biofuels. Meanwhile, the New Belgium Brewery in Fort Collins, Colo., teamed up with Solix Biofuels to make use of the waste CO2 from the booze.

Coffee: Starbucks brand biofuels? Well, maybe. Apparently, coffee grains have enough sugar content to be turned into ethanol. Research paid for by Columbia’s Federación Nacional de Cafeteros (National Coffee producers Federation, Federcafé) found that coffee has an even higher sugar content per bushel than corn. If accurate, coffee prices could soar, and Starbucks might be in trouble.

E, that is, Vitamin E: Scientists from the University of Toronto and Michigan State University have figured out that Vitamin E helps a plant’s ability to transport nutrients and reproduce in cold temperatures. “The surprising finding… has the potential to be applied in the development of biofuels and cold-tolerance in crops,” says PhysOrg.com.