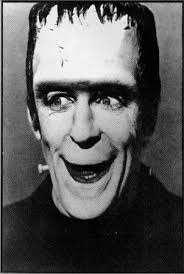 NBC has ordered 13 episodes of a new anthology series from the producers of Showtime’s “Masters of Horror.”

The one-hour series “Fear Itself” will premiere next summer featuring stories penned by some the genre’s top writers and helmed by name-brand directors.

“This is a different deal model that allows us to broadcast an increasingly popular form of storytelling and provides NBC with genre entertainment that appeals to younger audiences,” said Ben Silverman, co-chairman, NBC Entertainment and Universal Media Studios. “Our goal is to produce more scripted programming in the summer for year round programming — and everyone knows how well horror movies perform in summer — so we’re taking bold new steps with these acclaimed filmmakers.”

Showtime’s critically acclaimed “Masters of Horror” won an Emmy Award during its two-season run. Producers Keith Addis, Andrew Deane and Mick Garris of Industry Entertainment are also on board for the NBC show.