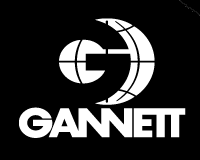 TV station groups have spawned a new breed of executive over the past few years as they try in earnest to transform themselves from simple local TV outlets to multimedia content organizations.

The execs usually have VP or better stripes and titles with words and phrases like “Internet,” “new media,” “advanced technology” or “interactive.”

Most of the major TV groups now have a dedicated digital executive to manage their stations’ interactive activities, although, at the big multimedia companies like Tribune and Gannett, he or she may also have responsibility for newspaper-based initiatives.

In some cases, the executives are focused on the Web; in others, they have responsibilities for other new media initiatives like mobile broadcasting.

Whatever the name or scope of duties, the local TV interactive chieftains find they are getting more respect these days and more resources to implement their digital strategies.

Online revenues are approaching 4%-5% of the overall pie in some groups. While the interactive businesses are still nascent, they represent much of the upside in the local TV business.

Paul King, who spent time with Internet Broadcasting and Media General before becoming the online evangelist for Raycom Media, says corporate Internet directors are taken much more seriously now because a successful new media operation is looked upon as a necessity in each and every market.

“Bluntly put, unless stations are ready to accept new media concepts, they are not going to survive,” says King, who is overseeing a relaunch of the 40 Raycom sites over the next six months.

Take a peek at the new LIN Television Web site for an illustration of where things are going. Television is presented as just one of the company’s three focuses, along with digital and interactive activities.

Responsibility for the Web activities at LIN now falls to VP of Internet Robb Richter. His job is to upgrade Web operations and aggregate as many eyeballs and ad dollars as possible on stations’ local sites.

When Richter was hired last November from ShopNBC.com, LIN had only 15 station sites, with duopolies sharing a URL.

His first order of business was to put the infrastructure in place for each station to operate its own site.

This year, all 29 stations [except for Grand Rapids, Mich.] have launched or relaunched sites with dedicated content and sales staffs working to keep them fresh and monetized. LIN TV even hired James Burnes as regional Internet director in May to help Richter oversee Internet teams in the Midwest.