Genetic analysis has revealed the contents of an ancient shipwreck dating back to the era of the Roman Republic and Athenian Empire. The cargo was olive oil flavored with oregano.

Beyond discovering ingredients for Italian salad dressing on the sea floor, such research could provide a wealth of insights concerning the everyday life of ancient seafaring civilizations that would otherwise be lost at sea.

An international team of U.S. and Greek researchers investigated the remains of a 2,400-year-old shipwreck that lies 230 feet (70 meters) deep, roughly a half-mile (1 kilometer) off the coast of the Greek island of Chios in the Aegean Sea.

The shipwreck’s contents, revealed in early 2006, has now been more fully analyzed. By deploying a robot to the wreck to collect two amphoras —two-handled earthenware jars often used by ancient Greeks and Romans—they were able to obtain DNA samples by scraping the insides of the ceramics.

Many archeologists specialize in the analysis of amphoras, which were used for shipping wine, oil, spices, grapes, olives, grain, nuts, fish and other commodities. Amphoras in a shipwreck can often reveal the age and nationality of the wreck, and at times they even hold their original contents, shedding light on ancient trade across the Mediterranean.

The study of amphoras can also be frustrating.

After centuries underwater, their contents have usually been washed away and researchers are “just left with empty bottles,” said researcher Brendan Foley, a maritime archaeologist and historian of technology at the Woods Hole Oceanographic Institution in Massachusetts, who helped lead a 2005 expedition that explored and recovered two amphoras from the Chios wreck. 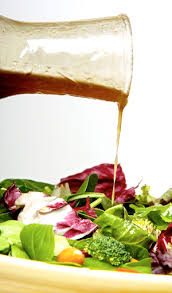