NBC Universal, the Hollywood studio behind the TV drama House, is planning its biggest ever international spectacular, with hundreds of millions of dollars set aside to buy small foreign TV channels and producers.

Owned by GE, the world’s second largest company, NBC Universal has been tasked with nearly doubling its revenues outside the US by 2010, to $5bn (£2.4bn). The man leading the charge is British executive Pete Smith.

Smith has already bought UK-based pay TV business Sparrowhawk, which broadcasts its Hallmark and KidsCo channels worldwide. “I’m interested in smaller companies that haven’t reached their full potential and would benefit from us bringing them on,” says Smith. “I want a budget of $2bn a year, my chief financial officer wants $400m. I hope we get somewhere in the middle. It will be hundreds of millions of dollars.”

NBC is piling into an already crowded arena. Sony has made 35 films outside the US in the last decade. MTV has been on air since 1981, Time Warner has an extensive pay TV business, with brands including Cartoon network and CNN. Disney, meanwhile, is helping to fill the funding gap in children’s TV production in the UK, having set up a global production hub in London in April. The BBC’s commercial arm will launch 20 international channels by March.

Smith is playing a high-stakes game. But then he is something of an adrenaline junkie. A keen biker, he is nursing broken ribs after an accident on the track. That hasn’t put him off, despite Mrs Smith’s concerns. “My wife found me poring over pictures of motorbikes the other day – it felt like I’d been caught with a top-shelf mag.”

NBC’s channels outside the US will number 50 by the end of the year, up from 13 at the start. A further 30 are planned for 2008. Next year will see a rethink on the array of channel brands, with Smith keen to see the Universal Channel, a star performer in Latin America, exported more widely. He is also building, in London, an international TV production business and a film unit. The TV arm is headed by Angela Bromstad, who as president of the US television studios was behind the sci-fi series Heroes, the US version of The Office, the medical drama House and the Law & Order franchise.

She is talking to US creators about establishing production offices in Britain, so that programme ideas can be pitched to big broadcasters such as ITV. The focus will be on comedy, drama and sci-fi.

Law & Order is already being remade in Russian and French, and its creator, Dick Wolf, is looking for other opportunities abroad. On the comedy front, NBC is a major shareholder in Working Title, the British company behind Four Weddings and a Funeral.

Some are sceptical that UK broadcasters will want to commission from a Hollywood studio rather than a local producer, where they can have a greater influence over the product and take a greater share of the revenues.

But NBC is offering 25 per cent of the $1.2bn an episode needed these days to produce top flight drama. And it can use its channels to showcase the product around the world, boosting international sales.

GE owns 80 per cent of NBC Universal, with the balance held by French conglomerate Vivendi. Reports have suggested GE will dispose of its studio business after the Beijing Olympics in 2012, but Smith says he is not preparing for a sale. 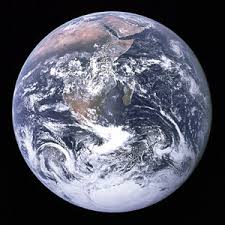