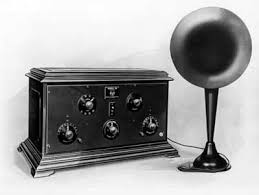 No one knows for sure exactly how Arbitron’s big switch from diary to Personal People Meter to compile radio ratings, a change set for January in Chicago, will affect the audience figures on which station ad rates are set.

The notion is that PPMs are more reliable because they virtually eavesdrop on what the sample listeners hear rather than rely on those people writing down whenever they turn their radio on or off, or when they change stations.

In anticipation of this, if I ran a station, I would be trying to figure out how to tighten up my ad breaks to discourage channel-surfing, and I would try to get my station played in as many public or semipublic places as possible, from stores to cabs to doctors’ offices.

TV stations are going through their own tectonic shift, moving from analog to digital broadcasting, which will give them the ability to run multiple programs simultaneously. While regular programming airs on the primary channel, they can use their digital subchannels to rerun programs such as newscasts, show a live radar image or air a home-shopping thing.

But how smart would it be for a radio station to get extra exposure for its top personalities by providing a TV outlet a live video feed of its programs for the digital subchannels?

“You’re definitely onto something,” said John Gallagher, who’s in charge of Citadel Broadcasting’s WLS-AM 890 and WZZN-FM 94.7.

“I’ve had discussions with some of the TV stations around town about doing that because they are looking for content for those slots. They don’t really have anything to fill it, and if they were to create something to fill it themselves, they wouldn’t be able to recoup their costs [because of low viewership]. … But put some quality programming on your side channels and maybe people will come looking for it. Television hasn’t figured that out quite yet, and we’re trying to tweak that.”