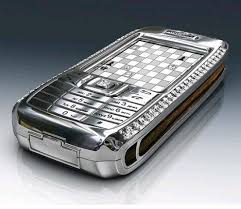 There are many things $85,000 can buy: a sleek Porsche sports car, a four-week dream vacation on Sir Richard Branson’s private Caribbean island, or a serious shopping spree at Gucci.

Unfortunately for 22-year-old Piotr Staniaszek, all he got was less than two months of Internet service on his Bell Mobility cellphone.

Mr. Staniaszek’s costly telecom nightmare began when the Bell Mobility customer recently decided to renew his wireless contract, his father explained on Wednesday. In return, he received a new cellphone. That’s when his troubles began.

Equipped with a $10 unlimited mobile browser plan, Mr. Staniaszek believed he could use his cellphone as a modem for his computer and started spending a lot of time on the Internet, downloading high-definition movies and other bandwidth-hungry applications.

Then the cellphone bill from hell arrived on his parent’s doorstep in Calgary about a week or 10 days ago. His mother was the first to see it and was in a panic, the father, also named Piotr Staniaszek, said yesterday. According to the bill, the son had rung up $60,000 in cellphone charges in November.

The father’s first reaction? It was all a mistake. “I told her, this much is unreal, don’t worry,” the father said.

When their son called Bell Mobility, however, he received more bad news. The bill had since climbed to $85,000 because the company was charging him on a per-kilobyte basis.

In what Bell Mobility calls a “goodwill” gesture, it offered to reduce the charges to match the best data plan available for using cellphones as a modem, according to Bell spokesman Mark Langton. He said the outstanding bill now totals $3,243.

So far, Mr. Staniaszek has opted to fight the charge, his father said. Even though he usually pays about $160 a month, he was not warned by Bell Mobility when his charges started surging.

“I told them I wasn’t aware that I would be charged for hooking up my phone to the computer,” Mr. Staniaszek told CBC News yesterday. “I’m going to try and fight it because I didn’t know about the extra charges. Nobody explained any of this to me.” He was not available for interviews yesterday as he didn’t want to use his cellphone and ring up long-distance charges, his father said.

The father said it hasn’t been an easy time for his son, a well-tester who works in Alberta. He is worried about his credit record. Moreover, there is less work as low natural-gas prices and the province’s plan to increase royalties have slowed down activity in the field.

“He’s now dragged down with this huge bill,” his father said.

[Via The Globe and Mail]