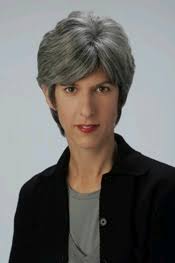 Lauren Zalaznick, president of Bravo Media, decided to stay in town over the holidays. She was moving from one apartment to another and recently sold a weekend house.

“We have two houses’ worth of contents that need to get organized and settled in and nested,” Ms. Zalaznick said. She also has work to do on her daughter’s bat mitzvah in February.

There’s work to be done in the office, too. When Bravo’s parent, NBC Universal, bought Oxygen Media, Ms. Zalaznick was put in charge of making its $875 million investment pay off.

Ms. Zalaznick prefers to dig into research before putting a strategy in place.

“It’s time to focus on what the brand of Oxygen actually is,” she said.

Because Oxygen had a very successful year, the luxury of time is available to do research, rather than taking wild stabs at what might work. Having the support of NBC Universal to immediately expand distribution and provide promotion also means there’s no need to rush a decision.

“They’ve had huge growth, including this last five weeks since we’ve owned them,’ Ms. Zalaznick said. “We can give ourselves breathing room as we actually flourish, as opposed to hurrying up the learning since we have no other triggers to pull, or just having to guess wildly.”

Some of Ms. Zalaznick’s research is aimed at figuring out what’s been successful for Oxygen in terms of viewership, and whether there is more growth available in those areas.

But given the time of year, she’s planning to combine any brand and program development strategy with an upfront advertising sales strategy.

“So we are going to most importantly look at marketplace development and market sector information that I think Oxygen has just begun to tap,” she said.

How long will that take?

“There’s a reason there are 100-day plans. I think post-merger in particular, the first 100 days is going to revolve around solidifying the organizational structure, solidifying the program plan for both development purposes and upfront purposes, and then by the 100th day, have an absolute timeline for deep immersive brand research that will lead to a rollout, I would guess fourth quarter of ’08,” she said.

So how does Ms. Zalaznick plan to measure whether or not her efforts are successful in the coming year? There are three main things.

“I think there is a mandate to grow the business from a ratings standpoint, but probably be more strategic, more efficient and offer a better return on investment than exists today,” she said. “I think that galvanizing the digital strategy of Oxygen is probably my second highest priority after that first one, because I think there’s so much potential for a very engaged Oxygen viewer to be reached online and in wireless and interactive platforms, and I think there’s money there, as you know.”

The third goal may be more nebulous: creating the kind of monetizable buzz around Oxygen that seems to exist for Bravo. That means wrapping the network with a clear brand message. If she does that, “It will feel like you’re watching Oxygen and you’ll feel like you know what you’re watching by the end of the year.”