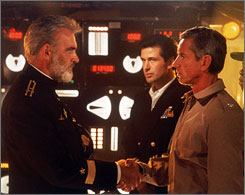 Paramount Pictures will become the first major studio to make clips from thousands of its movies available for use on the Internet.
The unit of Viacom Inc. is teaming with Los Angeles-based developer FanRocket to launch the VooZoo application Monday on Facebook.

The service gives Facebook users access to footage from thousands of movies, ranging from The Ten Commandments to Forrest Gump, to send to others on the popular social networking site.

“The short clips for a movie that you’ve already seen before helps you relive the moment,” Paramount senior vice president of entertainment Derek Broes said.

The clips last from a few seconds to several minutes and cover the gamut from Eddie Murphy’s guffaw in Beverly Hills Cop to Audrey Hepburn’s pleas over her “no-name slob” cat in Breakfast at Tiffany’s.

The studio will market DVDs of the movies through a button that appears after each clip is played. It eventually wants to use the application to virally market upcoming releases.

For example, VooZoo is withholding clips from the Indiana Jones series until it works out a way to market the May 22 release of the latest installment, Indiana Jones and the Kingdom of the Crystal Skull.

FanRocket founder Danny Kastner said he is aiming to get a few hundred thousand users within two months and added that the company is in talks with other Hollywood studios to package their titles on VooZoo.

That could take time, however, since Paramount staffers needed more than a year to select clips from the archive and tag them with search terms.

Paramount said it has not set revenue goals for the new venture.

“My benchmark for success is that people are joining and sending,” Broes said. 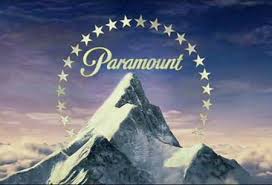