When Joanie loved Chachi it lasted exactly 17 episodes. When Frasier loved Niles it lasted even longer-ish.

When Skeletor remembered he had a mentor that had long ago been locked on another planet with He-Man’s sister, it was like a steel-toed boot to the nethers. But that’s just the risk of a spin off, now isn’t it? You think you’ve got a great product, but then Hordak shows up and kicks you in the jellies.

Unless the spin-off of which you speak belongs to Cleveland Brown of Family Guy fame. He, apparently, is on the threshold of carrying his own show.

Family Guy, the show that occasionally battles the Simpsons, gets featured in video games and sometimes returns from the dead, is gonna be torn in two like an earth worm who’s bottom half is getting it’s own television spinoff.

Wikipedia is wise and knows all things, let us then consult it for further enlightenment on these matters:

“During a live broadcast of “Loveline,” Seth MacFarlane announced that a spin-off featuring Cleveland was currently in the works with the studio and writers.”

The Hollywood Reporter seems quite knowledgeable about the whole thing too:

“The project, tentatively titled “Cleveland,” is being written by “Family Guy” creator Seth MacFarlane, Mike Henry — who voices Cleveland and serves as writer-producer on the series — and “The Simpsons” alum Rich Appel, executive producer/showrunner on MacFarlane’s other animated comedy for Fox, “American Dad.””

Now if we had our pick as to spin-offs we’d like to see, Mike Seaver’s gym coach would take a low-paying job in California, thus having to move his entire giant family out there for weekly antics-galore. Also we’d have a show called Joey.

He’d move to California too. 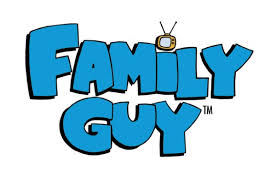