This has been in the works for a while now, and we reported on it here in Feb. Now NYT has some more details: six of the largest cable companies in U.S.– Comcast (NSDQ: CMCSA), Time Warner (NYSE: TWX) Cable, Cablevision (NYSE: CVC), Cox Communications, Charter

Communications (NSDQ: CHTR) and Bright House Networks– are working to jointly form a separate company that would allow national advertisers to buy customized and targeted ads across the companies’ systems. The new company is still unnamed (but codenamed Project Canoe), and these companies have been working on it for about six months…the talks have been led by Stephen Burke, president of Comcast, and Landel Hobbs, the COO of Time Warner Cable.

These six companies will put up a total of $150 million behind this effort. As we noted in the report before, Comcast itself may put up the most, between $50-$70 million. 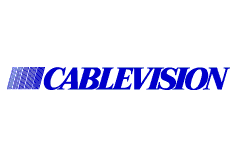 The idea is to try and combat the likes of Google (NSDQ: GOOG) into the business of selling TV ads across cable and satellite network, something the search firm has started doing with Echostar (NSDQ: DISH) and working on deals with others. The execs in Croject Canoe believe by jointly working on this ad platform, they can increase the cable industry’s take from $5 billion a year to $15 billion a year, the NYT story says.

Some of these companies, including Comcast, as also working on interoperable cable/DVR boxes, through CableLabs’ Tru2Way initiative. In fact at CES, Comcast announced that it was teaming up with Panasonic and launching a portable DVR and a plasma TV with a built-in set-top box and both are designed to be interoperable and work with other cable companies.