During the WGA strike, TV fans barely left the couch.

According to a new study, strike-era viewers managed to increase the amount of time spent watching DVDs, playing video games and surfing the Internet while continuing to watch as much television programming as before.

The findings are from a just-released Nielsen research study assessing the impact of the strike.

The report concluded that the industrywide work stoppage lowered the average Live+7 primetime total viewer ratings on the four major broadcast networks by 6.1% from the beginning of the walkoff in November to its conclusion in mid-February.

Yet when Nielsen examined the number of households using television (including watching daytime, VOD, cable and other sources), the numbers showed a 0.5% increase during the strike.

So viewers might have watched fewer primetime hits, but they didn’t use their televisions any less.

Furthermore, the study found network programmers were able to largely compensate for the strike, with the number of original broadcast shows vs. repeats down only 6.5% — nearly the same percentage as the overall dip in primetime programming viewership.

Although broadcast viewers did flee to cable, their impact was relatively modest. Ad-supported basic cable viewing increased 1.4% during the strike. 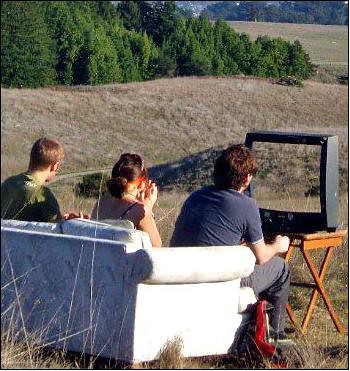