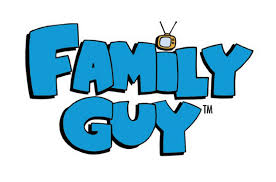 The deal, which took more than two years to negotiate, could net Mr. MacFarlane in excess of $100 million by the time it expires in 2012, according to two people familiar with its outlines.

The nine-digit payday gives Mr. MacFarlane a big financial stake in his productions and assumes that both of his shows, “Family Guy” and “American Dad,” stay on the air for at least four more years.

Mr. MacFarlane’s potential payday puts him in the upper tier of TV producers, which includes the likes of Dick Wolf and Jerry Bruckheimer. For 20th, meanwhile, the pact locks in a vital link in the studio’s animation supply chain.

In addition to producing “Family Guy” and “Dad,” Mr. MacFarlane is overseeing 20th’s upcoming “Family Guy” spinoff, “The Cleveland Show,” which will debut on Fox next season. He also supplies voices to all three series.

Beyond the cartoon world, Mr. MacFarlane said he’s looking to take some stabs at live-action comedy via his Fuzzy Door Productions banner, which will significantly expand under the new agreement.

Gary Newman, co-chairman of 20th with Dana Walden, said the size of the deal with Mr. MacFarlane is in line with the contributions the producer has made to both the studio and sister network Fox Broadcasting.

“Seth has created much more than just a great television comedy, which is rare enough these day,” he said. “It’s nothing less than a genuine cultural phenomenon.”

Despite—or perhaps because of—the enormous financial success of “Family Guy,” representatives for 20th and Mr. MacFarlane struggled for years to find terms acceptable to both parties.

“I’m not really sure why it had to take two and a half years,” Mr. MacFarlane said. “There is a corporate ‘no’ mode that just sets in and I think is hard to shake in a lot of cases. There’s a knee-jerk reaction to say, ‘Is this gonna cost anything?’ If the answer is yes, the answer back is no.”

Whatever the issues, Mr. MacFarlane and his representatives worked through them. And now that they have closed the deal, the producer says he’s ready to start finally pulling together a “Family Guy” movie.

“There’s a plan to do one,” the producer said. “The challenge has always been to find the time to do it and not let the show suffer.”

Mr. MacFarlane already has some broad ideas about the possible picture.

“The only thing that seems logical is that the movie be ‘Stewie-centric,'” he said, referencing the popular character on the TV show. Mr. MacFarlane said he wants to start production on the project within one to two years.