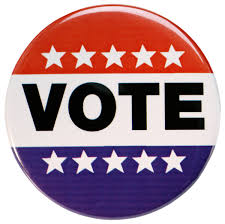 A study conducted by Crawford, Johnson & Northcott concludes that Americans are turning to TV in greater numbers than the web for election news. The top three sources given by respondents ages 18-65 are broadcast network news, cable TV news and local TV news. “Rumors of the death of traditional television news have been greatly exaggerated. And it’s not just older people—young adults are relying on television news too,” said John Altenbern, CJ&N President.

True enough, TV news isn’t dying, and it will remain an important source for years to come (especially local). But as I’ve predicted before, more people ages 18-54 will get their news from the web and mobile than from any other platform in the next 3-5 years. That said, I think studies like these are a helpful reminder for Wall Street that TV still commands a large audience (and financial margin) and TV groups don’t deserve such a thrashing on the stock market these days. But the study shouldn’t feed the misplaced beliefs inside TV newsrooms that TV will always be the top “go to” source for news.