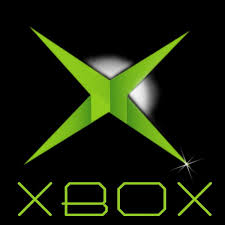 Microsoft unveiled partnerships with NBC Universal, Netflix and Endemol on Monday at its press conference kicking off the E3 videogame confab in downtown Los Angeles.

NBC U became the latest media company to sign onto Microsoft’s Xbox Live Video Marketplace, which lets gamers download movies and TV shows onto the Xbox 360 console. More than 700 Universal films and NBC-produced TV episodes from its broadcast net and cable siblings such as USA and Sci Fi launched Monday on the Xbox Live Internet service, with some available in hi-def.

Studio insiders have said Xbox Live is the second most successful source for video downloads after Apple iTunes, and is the top seller of high- definition content. All the major TV networks and every film studio except Fox and Sony Pictures are on Xbox Live.

Microsoft’s long-expected partnership with Netflix, which launches this fall, allows Xbox 360 owners who subscribe to the DVD-by-mail service to stream films via the Internet. Partnership gives Netflix a new path to the TV for the 10,000-plus movies on its “watch now” service along with its recently launched set-top box.

Xbox 360 owners who are Netflix subscribers will also be able to watch films simultaneously while chatting via the console’s Internet connection.

The Endemol deal is bringing gameshow “1 vs. 100” to the console in a new way that could change the traditional videogame business model. Instead of just selling a game, Microsoft is programming primetime events where hundreds or thousands of gamers can play “1 vs. 100” simultaneously online with a live host running the event.

Microsoft will likely look to sell advertising against its “1 vs. 100” events, which would put it even more directly into competition with TV networks than it has been.

It’s part of a broader service Microsoft is launching called Xbox Primetime that will feature many such events where players interact in live vidgames at set times.

Xbox Primetime will launch this fall along with a redesign of the Xbox Live service designed to make it more accessible for casual gamers.

The company also unveiled plans for a downloadable “South Park” game it is developing with the TV show’s creators that will debut in 2009. The toon has consistently been at the top of the video sales charts on Xbox Live, indicating that it’s extremely popular with young male videogame players.

Microsoft has a number of highly anticipated games for the 360 this fall, including “Gears of War 2,” “Rock Band 2” and “Fallout 3,” but it’s also fighting a recent slowdown that has seen it falling behind Sony’s PlayStation 3 in monthly sales. In an effort to counter those perceptions, Microsoft’s top videogame exec, Don Mattrick, predicted Monday the Xbox 360 will maintain its overall lead and ultimately beat the PS3 in total worldwide sales.

Nintendo’s Wii has already surpassed both its competitors. Though the Nintendo press conference is skedded for this morning, the Japanese game giant disclosed Monday it is launching a component for the Wii remote that will track movements more precisely so that onscreen characters can exactly mirror what players do.