As a Smashing Pumpkins fan, I’m really happy that the song is getting all of this new attention. But what most people don’t realize, is this isn’t a new Smashing Pumpkins song. “The Beginning is the End is the Beginning” is actually over 10 years old. The song was originally released in 1997 as part of the Batman & Robin soundtrack.

The song also isn’t exactly a rare or unknown track. It’s an award-winning song. In 1998, “The Beginning is the End is the Beginning” won a Grammy Award for Best Hard Rock Performance.

But despite winning a Grammy and previously being a part of a blockbuster film soundtrack, the song has never been more popular than it is today. The latest Watchmen trailer has really given “The Beginning is the End is the Beginning” a new injection of popularity.

Where To Watch The Watchmen Movie Trailer

You can see the new trailer for the Watchmen online or in theaters. It debuted on July 18th in movie theaters before showings of the new Batman film “The Dark Knight”. 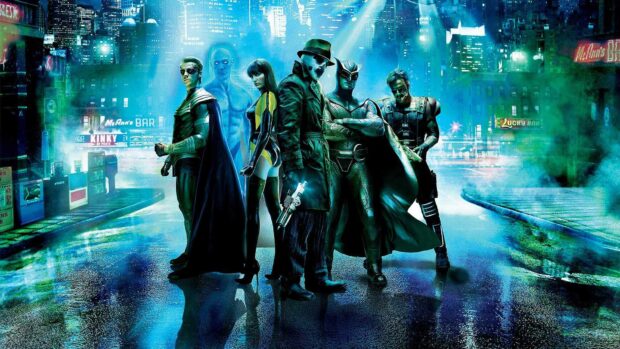 Watchmen, the upcoming superhero film directed by Zack Synder, is based on the beloved graphic novel that redefined the superhero gene. In the novel, superheroes exist in an alternate version of The United States during the Cold War.

The film isn’t due to be released until March 2009. But thanks to the marketing team at Warner Bros, the Internet has been talking about the film for months. We certainly have.