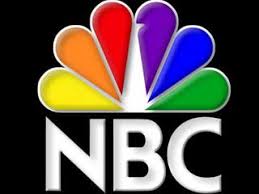 With the Beijing Olympic torch firing up 8/8/08, NBC’s coverage by the numbers:

12: Hours Beijing time is ahead of U.S. Eastern time.

$10 billion: Projected 2010 revenue from China for NBC parent General Electric, up from about $4.4 billion last year. GE, now with annual revenue of about $177 billion, says its official Beijing Olympic sponsorship created $700 million in China revenue. So NBC announcers surveying the Beijing landscape, don’t forget about the effect on your 401(k)s.

4: NBC Olympic channels offered to cable and satellite TV. Two are sport-specific — basketball and soccer — and two are language-specific — Mandarin Chinese and Korean.

6: Sports — open-water and synchro swimming, road-race and time-trial cycling, canoeing and triathlon — that will be called by play-by-play announcer Craig Hummer, a Los Angeles County lifeguard for two decades.

25%: Increase in NBC Today show viewership during the last Summer Games (in Athens) when NBC Nightly News’ viewership also rose 20%. This so-called Olympic halo effect probably will help NBC, making Jay Leno sound ungrateful when he said in a recent monologue that Beijing is “a Chinese word that means ’emphysema.’ “

4: Camera shots online users will be able to watch simultaneously.

25: Sports streamed live online, while TV marquees such as swimming and gymnastics won’t be.