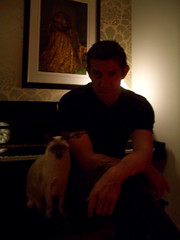 Eric Avery is one of the unsung heroes of the alternative rock movement in the late 80s and early 90s. As one of the 2 founders of Jane’s Addiction, Avery along with Perry Ferrell helped define the So-Cal sound that paved the way for bands like Sublime and The Red Hot Chili Peppers.

Unfortunately Jane’s Addiction only lasted through 2 studio albums (Nothing’s Shocking and Ritual de lo Habitual) and broke up in 1991. But a recent blog post by Eric Avery, hints at a the possibility of a full reunion with the original lineup.

Here’s the quote from Avery’s blog:

“how do i mention speculating without creating, at the very least, some wild speculation over the coming months. am i considering something with the boys of janes addiction? yes.”

Why the sudden change of heart? Jane’s Addiction has reformed twice since 1991 without Avery. Last April, the original Jane’s Addiction lineup (Perry Farrell, Dave Navarro, Eric Avery, and Stephen Perkins) reunited to perform at the NME Awards. Apparently all went well both on stage and off. This was the 1st performance with Avery since their 1991 Lollapalooza tour. 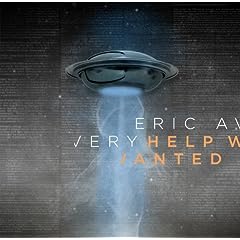 Since Jane’s Addiction’s original breakup in 1991, Avery has been courted by Tool, Metallica, and Smashing Pumpkins, has toured with Garbage and Alanis Morissette (who he also dated) and participated in 2 side projects, Polar Bear and Deconstruction. Avery has given his blessing to put some free mp3s from his Polar Bear project online. The downloads include the out-of-print albums Chewing Gum and Man’s Ruin and some a live unreleased tracks including the song “Green.” Also Avery’s self-produced album titled “Help Wanted” on Dangerbird Records was released in April 2008. If you’ve been curious about what he’s been up to since Jane’s Addiction, definitely check out his new CD and the free mp3s.

Hopefully everyone has put aside the issues that led to their breakup in 1991 and fans will finally see a new Jane’s Addiction album come out soon.