News of Merrill Lynch selling itself to Bank of America and Lehman Brothers Holdings filing for bankruptcy stunned traders on the floor of the New York Stock Exchange. 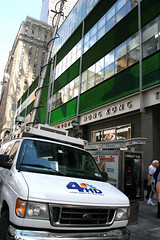 Check out the NBC News vans and press at Lehman Bros. NYC: ——

A stunning reshaping of the Wall Street landscape sent stocks down sharply Monday, but the pullback appeared relatively orderly — perhaps because investors were unsurprised by the demise of Lehman Brothers Holdings Inc. and relieved by a takeover of Merrill Lynch & Co.

The Dow Jones industrial average fell 250 points, a number that has become almost commonplace over the past year amid the tumoil in the financial sector. Bond prices soared as investors sought the safety of government debt.

Stocks also posted big losses in markets across much of the globe as investors absorbed Lehman’s bankruptcy filing and Merrill Lynch’s forced sale to Bank of America for $50 billion in stock. While those companies’ situations had reached some resolution, the market remained anxious about American International Group Inc., which asking the Federal Reserve for emergency funding. The world’s largest insurance company plans to announce a major restructuring Monday. 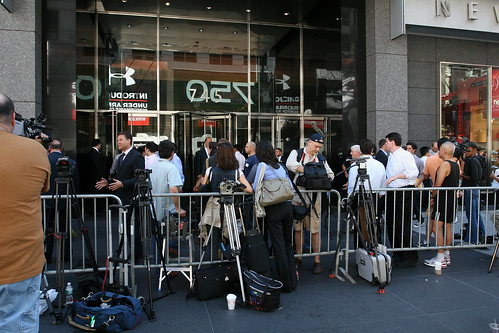 The swift developments are the biggest yet in the 14-month-old credit crises that stems from now toxic subprime mortgage debt.

Investors are worried that trouble at AIG and the bankruptcy filing by Lehman, felled by $60 billion in bad debt and a dearth of investor confidence, will touch off another series of troubles for banks and financial institutions that may be forced to further write down the value of their own debt assets. Wall Street had been hopeful six months ago that the collapse of Bear Stearns would mark the darkest day of the credit crisis.

AIG’s troubles a week after its stock dropped 45 percent are worrisome for some investors because of the company’s enormous balance sheet and the risks that troubles with that companies finances could spill over to the companies with which it does business. AIG, one of the 30 stocks that make up the Dow industrials, fell $7.74, or 64 percent, to $4.40 Monday as investors worried that it would be the subject of downgrades from credit ratings agencies.

“This is showing that this was not completely unexpected,” he said, of Lehman. He added that the Merrill deal removes one possible source of concern for investors. “This may have taken a player who might have been next out of the target zone.”

Light, sweet crude dropped $4.15 to $97.03 on the New York Mercantile Exchange after damage to Gulf of Mexico oil infrastructure from Hurricane Ike was less than investors feared. Worries about a slower economy have also weighed on oil prices in recent weeks. Oil is down sharply from its mid-July highs when it hit a record over $147 a barrel.

Despite the pullback in oil, prices at the gas pump rose above $5 per gallon in some parts of the country Sunday after Ike left some the nation’s refining capacity inoperable. 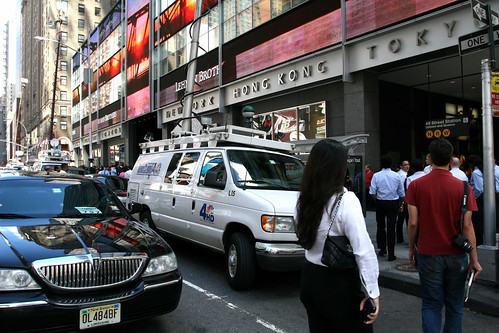