Going green inherently saves money—by using less, we save more—but some big-ticket items can cost a lot. I’d love to install solar panels on my roof or a wind turbine in my backyard so I’d never have to see another PG&E bill again, but the reality is that I simply can’t afford either of those. Nor can I purchase a low-flow toilet, buy a Prius, or have the plumbing know-how to install a greywater system.

But that doesn’t mean I can’t save money on gas, water, and other living expenses by taking simple—often free—steps to reduce consumption of natural resources. Even if you’re not trying to save the planet, by consuming and wasting less, you’ll save money. And that’s something we all like to conserve.

1. Become Anti-Bottle
A bottle of water usually runs between one to two dollars, which means buying a few bottles every week could add up to over one hundred dollars a year. While that doesn’t seem like a lot, consider what else it costs: 1.5 million barrels of oil go into making those bottles, and 22 million head to landfills every year. Plus, toting around a bottle of water is a bit like wearing a badge that says, “I’m a sucker.” After all, some companies simply bottle tap water and then sell it to consumers; the other companies are selling something that we can get for free. Seems like a no-brainer. Buy a reusable water bottle for $15 bucks, use a cup when you can, and pocket the extra cash.

2. Displace Instead of Replace
After consecutive dry summers, many parts of the country are experiencing droughts. In the Bay Area, where I live, water rationing has begun and my local municipal district is charging extra per gallon if conservation efforts are not undertaken. But for those of us that can’t afford to upgrade appliances, how can we reduce water consumption?

Instead of a fancy, new low-flush toilet to replace old large tank toilets, there is a simple, cheap (even free) method: displacement. By placing a brick, a plastic bag filled with water (sometimes called toilet tummies), or anything that takes up space (last year’s fruit cake?) inside the tank it will reduce the amount of water per flush. I ordered a free toilet tummy from my municipal district; check to see if yours subsidizes them too.

For the truly stringent, you can implement the mantra I learned as a child during water-strapped summers in Northern California: If it’s yellow, let it mellow. If it’s brown, flush it down.

3. Go Low-Flow
Low-flow showerheads will reduce water consumption, and, because they save hot water, energy consumption as well. If you have older pipes and your shower takes a while to heat up, simply put a bucket in the stall to capture the cold stuff and use this to water plants, mop, or wash dishes.

Adding aerators and low-flow faucet adapters (usually less than $5 at hardware stores) on all sinks will save water—and ultimately, money.

4. Move It, Don’t Lose It
Can’t afford a Prius? Not a problem. There are cheap, even free, ways to keep money in your pocket while still getting around town: bike, walk, run, carpool, or use public transit. Since gas prices aren’t likely to drop much from where they are now, getting in the habit of going car-free is not only a cheap way of transport, it’s a long-term habit that will save you money and reduce your carbon output.

If you do have to drive, there are ways to make your dollar go further. Drive laid back—don’t accelerate too fast from green lights and gradually slow down to red lights. And don’t let the tires slow you down. According to the Consumer Reports Web site, properly inflated tires can save up to one mile per gallon. 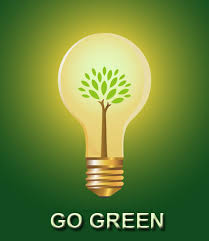