Members of the B&C Hall of Fame class of 2008 come from every walk of elite media life. The group is an inspired mix of station and network execs, creators and marketers, media members and chroniclers, sellers and buyers—all pillars of influence, with unmatched reputations for far-thinking viewpoints and telling it like it is.

That kind of thinking comes in handy at the moment. These are crucial times, with rampant uncertainty about Washington and Wall Street and plenty hanging in the balance. Media’s place must remain the same—as observer and informer, offering entertainment, information and, above all, perspective.

B&C asked the members of the class to weigh in on these momentous times, to look back at where the industry has been and where it’s going. We began with the question: “What did you learn in 2008 that will inform your decision-making in the year ahead?”

The answers, some provocative and others pensive, offer a fascinating blueprint.

We are in the midst of the biggest change in media and technology that we have seen in the past 60 years. And technology gets its transcending and transformational power from a creative community that produces relevant content. Consumers have been liberated by technology; they are in the driver’s seat, telling us what they want, when they want it and how they are going to get it. Consumers are creating and producing information and content, and they no longer need traditional distribution. The one constant that will remain in our lives is change, and the need to rapidly adapt and evolve.

Two lessons of 2008 are one, to understand, embrace and position our businesses to take advantage of the dramatic growth and changing demographics and diversity in our country; and two, to open every organization to reverse mentoring—open big opportunities for late teens and twentysomethings, and adapt our traditional structures to unleash their energy and creativity. If we do that, they will pull back the curtain and give us a front-row seat to seeing the future. 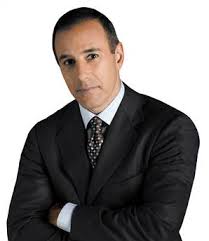 Often in the media, we have a habit of attempting to decide the outcome of stories before they’ve played out. We predict, we prognosticate, we poll and we plot, but what we have seen this year is that stories take their own course. And there is little that we can or should have to say about how they evolve.

At the beginning of primary season, we anointed Hillary Clinton and Rudy Giuliani as candidates to beat. We went so far as to predict what an election between them might look like. At times we seemed to build up a candidate to keep our own interest level high, ignoring the merit of a campaign.

We need to remember that the stories don’t report to us; it’s our job to report the stories. Shouldn’t it be the person in the voting booth, not a person in the anchor chair, who decides where an election goes?

In 2009, I promise to relax, and not try to predict the unpredictable.