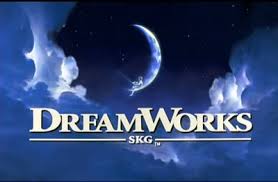 After months of off-screen drama, the movie executives Steven Spielberg and Stacey Snider and their film company have landed where they have long been pointed: back at Universal Studios.

In an interview on Monday, Mr. Spielberg and Ms. Snider said they had reached a deal to distribute films from their reorganized company, DreamWorks, through Universal Studios. Mr. Spielberg said he chose to align with Universal over the weekend, after considering an offer from the Walt Disney Company. In the end, he said, he opted for the comfort of familiarity.

“It’s a very lovely homecoming,” said Mr. Spielberg, who has worked on Universal’s lot since 1967, though he and his business partners sold DreamWorks to Paramount Pictures in 2006.

“Even coming through the gate this morning actually felt different,” said Mr. Spielberg, who was clearly ebullient about the arrangement. “I felt better. Less like a squatter.”

Ms. Snider said she expected to have a film ready for distribution by Universal as early as the end of 2009. If, as expected, that picture comes from a stack of development projects currently owned by Paramount, that studio will have a right to share in distributing or financing it.

If the deal puts Mr. Spielberg back in business with the studio where he made his first blockbuster, “Jaws,” more than 30 years ago, it also reconnects Ms. Snider with a company whose movie operation she ran before becoming chief executive of DreamWorks in 2006.

More remarkable is the departure of David Geffen, who had been a partner with both executives in running DreamWorks as a Paramount unit, and had joined Mr. Spielberg and Jeffrey Katzenberg 14 years ago in forming DreamWorks SKG. Mr. Spielberg said he had known for at least 18 months that Mr. Geffen did not intend to remain with the new company.

DreamWorks was initially started to challenge the major studios by making big, commercial movies while maintaining something of a filmmaker’s touch. The studio had its ups and downs, but largely fulfilled its promise with Oscar contenders like “American Beauty,” which was named best picture in 2000, and crowd-pleasers like “Shrek,” which took in more than $267 million at the domestic box office the next year.

Mr. Geffen, who is 65 years old, emerged as a deal-making force behind the company’s evolution, particularly after Mr. Katzenberg became chief executive of DreamWorks Animation, a separate, publicly traded company, four years ago.

In a ticklish negotiation that played Paramount against a more reluctant Universal, Mr. Geffen engineered the sale of DreamWorks’ live-action business to Paramount for $1.6 billion in 2006. But friction quickly set in between Paramount executives, including the studio chairman, Brad Grey, and the DreamWorks team, who from the beginning sought more credit and autonomy.

While Mr. Geffen chose not to become involved with the new company, he spent the better part of the last year guiding its formation, recruiting an investment partner in Reliance Big Entertainment of India, debt financing through J. P. Morgan Securities and, now, a distribution deal with Universal.

Mr. Spielberg said on Monday that he intended for the new company to keep the initials “SKG” as part of its name, even though Mr. Geffen had left. The decision, he said, was in line with the practice elsewhere in Hollywood, where studios like Warner Brothers and Metro-Goldwyn-Mayer kept the names of their founders long after they had left.

“It seems right that it should be there,” Mr. Spielberg said. 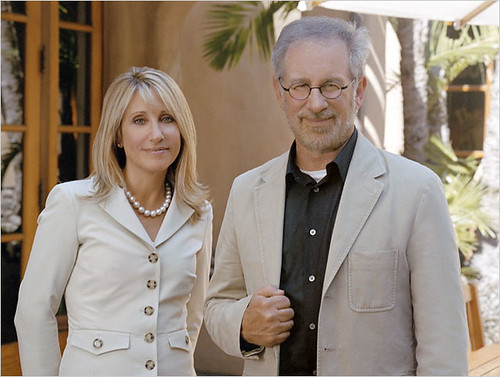