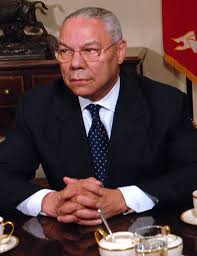 NBC’s “Meet the Press” was the most-watched Sunday morning public affairs program for the week ending Oct. 19, according to Nielsen Media Research.

The program, which featured an interview with former Secretary of State Gen. Colin Powell on Oct. 19, averaged 6.062 million total viewers, putting it well ahead of second-place and third-place finishers ABC’s “This Week” (3.399 million) and CBS’ “Face the Nation” (2.865 million). It was the largest total viewer audience for “Meet the Press” for a political interview since 2004, when President George W. Bush appeared on the show.

The program posted a 4.3 rating and 12 share in homes nationally, coming in at No. 1.

“Meet the Press” also garnered an additional 2,245,000 total viewers during rebroadcasts on MSNBC and generated a record-breaking 1.3 million online video streams on digital platforms through Oct. 22 for its Colin Powell interview, during which Gen. Powell endorsed Barack Obama for president. Traffic to www.mtp.msnbc.com increased to more than 8.5 million page views.