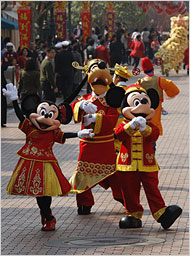 Citing weakening consumer interest in DVDs, with or without the dismal economy, the Walt Disney Company said on Tuesday it would reduce the number of discs it releases and rethink how it markets and packages them.

Sales of DVDs, by far the most significant contributor to profit at most studios, dropped sharply across the industry over the holiday season. Robert A. Iger, Disney’s chief executive, told analysts in a quarterly conference call on Tuesday that the DVD business model needed to be redrawn because consumers appeared to be moving to other forms of home entertainment.

The retrenchment comes as Disney reported a 64 percent drop in studio income for its fiscal first quarter, largely because of decreased DVD sales around the world. Mr. Iger also said the company, which has so far avoided mass layoffs, was putting into effect “quite significant” cost-cutting measures across the board, but he declined to specify how much the effort could save.

Marketing promotions helped Disney avoid steep declines at its theme parks, which have been vulnerable in downturns. To shore up bookings, the company introduced hefty discounts in November, including free park tickets. The maneuvers kept the decline in income at the unit to 24 percent, which the company said was largely because of a real estate sale at the Disneyland Resort Paris in the year-earlier quarter.

Thomas O. Staggs, Disney’s chief financial officer, said spending at Disney World and Disneyland in the last part of 2008 was flat and spending at the company’s resort hotels was up modestly. Theme park attendance dropped just 5 percent. He said the company was extending the booking window for its promotional campaign for several months.

Disney has moved in recent weeks to put its broadcasting division on more solid footing, consolidating operations at ABC and the television studio that supplies it. The move reflects a huge decline in advertising both at the network (partly because of lower ratings, partly because of the economy) and at local stations.

Income at ABC fell 60 percent in the quarter. A bad debt charge related to the Tribune Company’s bankruptcy filing added to the grim result, the company said. Mr. Iger said the company would not seek additional budget cuts at its string of local stations, largely because doing so would come “at the expense of the local news brands.”

For the first time, Disney broke out separate results for its Interactive Media Group, a collection of businesses that includes Disney.com, video games and virtual worlds like Club Penguin. Revenue increased 13 percent, to $313 million, but the division reported a net loss of $45 million because of higher costs. Mr. Staggs said Disney planned to invest about $50 million in video game development in 2009. 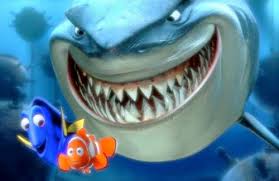