In “Digital Pirates Winning Battle With Major Hollywood Studios” (front page, Feb. 5), you correctly identified a growing problem: a tidal wave of digital theft that is washing away much-needed, high-paying jobs in the entertainment industry.

While the article did a good job sizing the problem, it could have gone even further in describing the role technology is already playing in providing solutions.

For example, NBC Universal has been developing easy-to-use sites like Hulu, NBC.com and NBCOlympics.com, and at the same time working with video-sharing sites like YouTube to limit digital theft through a combination of blocking technology precisely targeted on the digital fingerprints of copyrighted content and automated takedowns.

This dual strategy can be equally successful in guiding consumers away from illegitimate file-sharing and building traffic on authorized sites if it is consistently and carefully applied in the future by Internet service providers, universities and home-networking systems.

Our experience tells us that the vast majority of people do the right thing, particularly if the right thing is as fun and convenient as using Hulu or NBC.com; and the technology of the broadband Internet sends them cues that digital theft is wrong and inconvenient.

While that doesn’t mean that we’ve found the solution, it does mean there is a powerful and sensible path open to both public policy makers and the private-sector managers of the broadband Internet to reduce illegal file-sharing.

The writer is executive vice president and general counsel for NBC Universal. 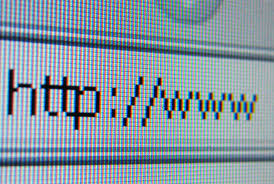