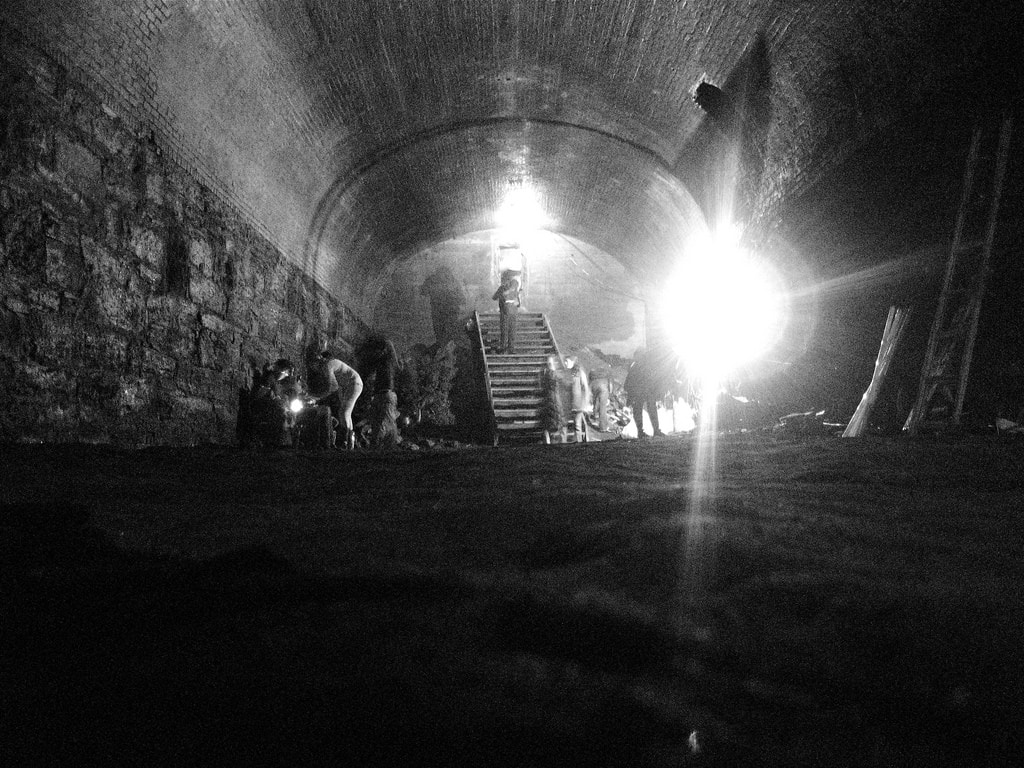 New York City is full of old infrastructure and hidden history. As the city grew, the new was build on top of the old. One of the city’s oldest underground secrets is the Cobble Hill Tunnel (popularly called the Atlantic Avenue Tunnel). It is the oldest subway tunnel in the world. 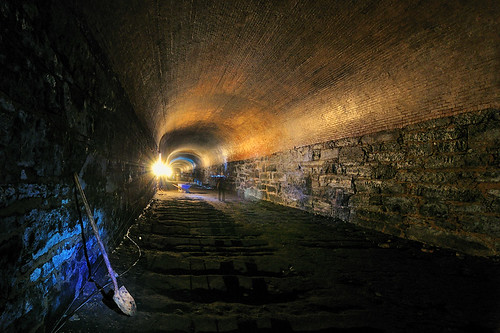 The Atlantic Avenue Tunnel is an abandoned railroad tunnel beneath Atlantic Avenue in downtown Brooklyn, New York City. It opened on December 3, 1844 and was finished by January 1, 1845, as an “open cut,” a trench built into the bed of Atlantic Street (today’s Atlantic Avenue). It ran for about 2,750 feet (830 m) between Hicks Street and Boerum Place.

The tunnel was built to reduce the grade of the railroad line—prior to the opening of the original open cut, horse teams were required to assist steam locomotives in carrying trains up the steepest part of the grade—and to create a grade-separated right of way for the Long Island Rail Road (LIRR) on its way to the South Ferry at the foot of Atlantic Street, where passengers could catch ferries to Manhattan. Five years later the open trench was roofed over with “a sturdy brick arch” and filled on top to create a tunnel.

Gaining access to the Atlantic Avenue Tunnel today isn’t easy. It requires a ladder, lights and a bit of courage. There are tours that can take you inside the tunnel. Tours are led by Bob Diamond. More information can be found on the brooklyn rail website.

UPDATE: The FDNY has closed down the tunnel tours calling them unsafe (December 2010). 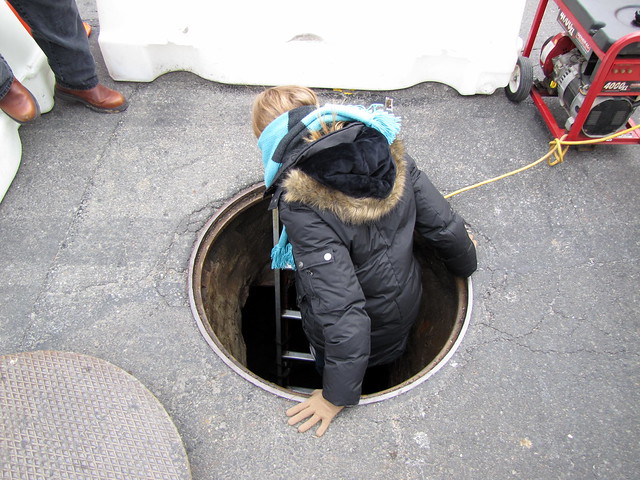