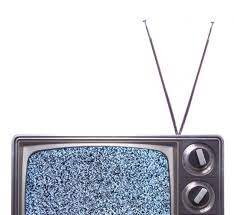 Washington area residents could soon get “American Idol” and “30 Rock” on the go through a pilot program to bring free mobile digital television to cellphones and other wireless devices.

But seeing “Oprah” on the commute home comes with a caveat: Currently, there are no commercial mobile devices capable of carrying digital television broadcasts.

That did not stop the nation’s biggest broadcasters from announcing yesterday at a trade show in Las Vegas that they would roll out the service to more than two dozen television markets by the end of the year, beginning with the District.

Broadcasters said wireless devices will be available to Washington area residents to purchase when service launches late this summer; several vendors such as LG, Samsung and Dell yesterday displayed prototypes of cellphones, notebooks and automobile entertainment systems outfitted for the real-time programs.

The move into wireless technologies demonstrates the broadcast industry’s push toward new revenue streams as traditional advertising money dries up amid the recession and as more people turn to the Web for their favorite TV shows. Broadcasters are able to carry their shows over more platforms as more stations convert from analog to digital signals.

“The addition of this service will make broadcast television practically ubiquitous and engage customers in a lot more places, wherever they are and whenever they want,” said Dave Lougee, president of Gannett Broadcasting Group.

But some analysts question the demand for such a service, especially one that would require the purchase of new equipment. Some said the best way to reach customers would be for broadcasters to partner with major wireless carriers. AT&T and Verizon, for example, could offer their large number of subscribers phones capable of receiving the service. Carriers, however, have held back from such partnerships, saying they would watch to see more details on broadcasters’ plans.

“We’ve seen a stronger-than-anticipated take rate of watching video on multiple screens beyond the TV and PC. The appetite around being able to take that viewing experience with you is strong,” said Matt Davis, of the technology research firm IDC.

Shows will run real time on wireless devices with commercials. Broadcasters also plan to incorporate shopping over the Web, subscriptions to additional services and on-demand services — the fastest-growing segment of paid video entertainment.

“We are only limited by our imaginations,” said John Eck, president of NBC TV Network.