RealNetworks says it wants to help increase DVD sales by allowing people to copy their movie discs. Hollywood studios say that idea will only hurt their already struggling business. The two sides square off in a federal court here on Friday to determine who prevails.

The case is ostensibly about RealDVD, a $30 software program that allows users to save digital copies of Hollywood DVDs to their computers — a capability the movie industry strenuously objects to, worrying that it will stimulate piracy and undermine the budding market for digital downloads.

But the outcome of the trial, set against the backdrop of plummeting DVD sales, could also have more far-reaching effects on the future capabilities of the DVD player — a device connected to millions of television sets.

Before it started making RealDVD software for computers, Real was also developing DVD-saving software that it hoped to license to manufacturers of DVD players, according to the company’s executives and legal filings in the case.

That software, which the company refers to by its internal name, Facet, would allow companies like Sony, Samsung and Toshiba to sell DVD players capable of making digital copies of all discs, even movie DVDs that have anticopying software, called C.S.S.

The owners of those devices could save copies of their DVDs to watch later — much as people use digital video recorders like TiVo to save live television programs.

Real has built a prototype of a Facet device that runs on the Linux operating system, which is used in many digital set-top boxes. The device can hold about 70 movies, which take up to 20 minutes to copy.

RealNetworks executives have said they were inspired by Kaleidescape, a Sunnyvale, Calif., company that makes high-end DVD players (the price is more than $10,000) that can save hundreds of movies on a hard drive. Kaleidescape was challenged by the DVD Copy Control Association, which administers the C.S.S. encryption, but won.

The Facet-powered DVD players would sell for $300 or less, said Jeff Albertson, manager of the Facet project at RealNetworks, and Real aims to collect a royalty on each device sold.

RealNetworks says that one consumer electronics company has already licensed the platform, and others are closely watching the outcome of the case. Devices could hit the market this fall if Real wins the case, the company said.

Hollywood, of course, hopes that does not happen. The major studios, acting under the umbrella of the Motion Picture Association of America, won a temporary injunction in October that required Real Networks to stop selling the RealDVD software.

Hollywood fears that people will use products like RealDVD and Facet-powered DVD players to “rent, rip and return”; that is, make copies of movies they get from Netflix, Blockbuster or the public library and then watch them again and again, without ever buying the disc.

The studios also worry that the technology will undermine the market for digital downloads and streaming services like iTunes and Hulu.com. It could also hurt new revenue opportunities, like the sale of bonus DVDs that contain a special copy of the film for viewing on laptops and other devices.

The motion picture association’s lawyers plan to claim that RealNetworks has breached its license to use C.S.S. encryption and violated the Digital Millennium Copyright Act by circumventing the anticopying locks on Hollywood DVDs.

“Our objective is to get the illegal choices out of the marketplace and instead focus constructively with the technology community on bringing in more innovative and flexible legal options for consumers to enjoy movies,” said Greg Goeckner, executive vice president and general counsel of the association.

Bill Way, the vice president and general counsel of RealNetworks, said the company was only trying to make DVDs cool again.

“The movie industry wants people to buy DVDs and so do we,” he said. “They have a real problem with piracy, and we are not that problem. I don’t think our product will make the problem one iota bigger. I think it gives people an opportunity to make digital copies of their movies in a legal way.” 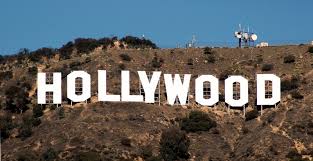