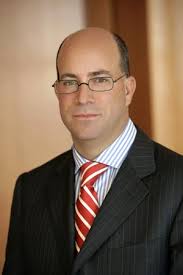 NBC Universal Chief Executive Jeff Zucker said he believes the advertising market has “bottomed out” as he also discussed the continued challenges of making up for lost TV revenues with digital business models at a technology conference.

Mr. Zucker was speaking on stage at D: All Things Digital Thursday. D is a conference run by Dow Jones & Co.

Referring to online services such as iTunes and online video site Hulu where NBC now delivers some of its TV content, Mr. Zucker said, “You do have to have 10 businesses like this to make up for the ones that you lost.”

Mr. Zucker said broadcast networks face issues because they can no longer make as much money off repeats of their shows now that the programs are instantly available online. As a result, television has to cut back its cost structure by developing shows more cheaply. He cited NBC’s coming live nightly show with Jay Leno as an example.

Mr. Zucker stressed that the cable business, which generates advertising and subscription dollars, remains rosier. He said NBC would be interested in purchasing more cable networks if they come up for grabs. “We’re at our core a cable company,” he said, adding that “60% of our profit comes from cable.”

He also discussed Hulu, in which NBC owns an equity stake, along with News Corp., which owns Dow Jones Newswires and The Wall Street Journal. Hulu, which is focused on premium television shows and movies, has struggled to sell ads as the online video market remains fairly nascent. But Mr. Zucker said Hulu was ahead of its financial plans and would be profitable “soon.”

NBC Universal is a unit of General Electric Co.