San Francisco Mayor Gavin Newsom’s plan to create one of state’s largest solar photovoltaic plants was approved by the city’s Board of Supervisors. 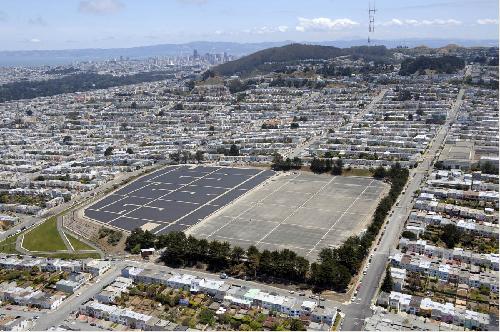 San Francisco’s Board of Supervisors Tuesday passed a proposal giving clearance to Recurrent Energy to Construct a 5 megawatt solar photovoltaic plant and sell energy to the city at a cost of about $2 million annually. The new plant, to be built in the city’s Sunset District, will be the largest municipal solar power project in California.

“Yesterday, San Francisco took another major step towards achieving our commitments to reduce greenhouse gases and grow our green economy,” said Mayor Newsom in a statement.

Newsom, who sponsored the legislation, added that the project would more than triple San Francisco’s solar energy production and “help lead the state towards a future of clean, renewable energy.”

Developing the project will be San Francisco-based Recurrent Energy. Under the deal, Recurrent will assume initial financial responsibility for the cost of installing and operating the plant. In return, the city incurs no upfront cost, but enters into a purchase agreement with Recurrent, buying the plant’s energy at a cost of 23.5 cents per kilowatt-hour, plus 3 percent per year.

In March, Recurrent purchased the solar project pipeline of up to 350 megawatts from UPC Solar, a Chicago-based renewable energy development company. The recent transaction provided Recurrent Energy with direct access to project opportunities in development across the continental United States, Hawaii, and Canada.