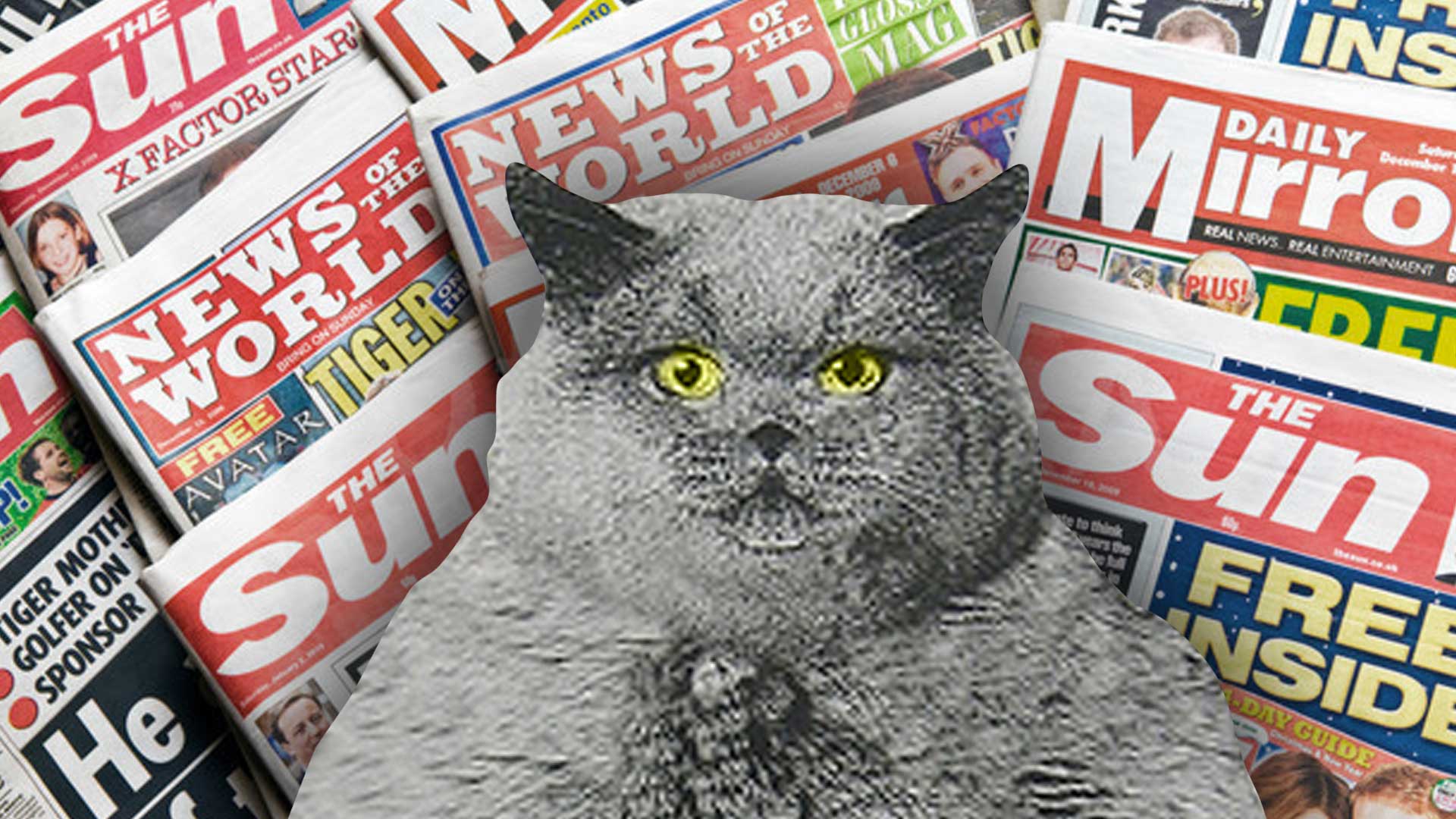 Elvis, Bigfoot, Hitler, Bat Boy and David Hasselhoff’s drinking problem are just a few of the things you might find on a typical tabloid magazine cover. However, we’re starting to notice a new cover trend… cats! Apparently the CIA is breeding obese cats that can talk, fly to Mars and kill! All of this sounds like one of Lloyd Kaufman‘s whacky Troma movie plots. Here are some of the most absurd tabloid cat headlines ever printed…

From Weekly World News comes this headline” “World’s Biggest Cat!” At 78 pounds, this cat weighs as much as a 11-year-old boy. He eats 90 cans of tuna a week.

Another great headline from Weekly World News. While humanity only dreams of space travel, cats are already on Mars.

How do you capture a vampire cat? According to the Weekly World News, with a bowl of human blood. Question is, where did they get the blood?

With a headline like “Kitten Guilty Of Murder!”, you better watch your back around this deathrow cat. Don’t forget to sign the petition or the kitty dies. Ho-Ho, meow? The “World’s Fattest Cat Saves Christmas!” And “You’ll Never Guess How Chubby Did It!”