It may be too early to break out the champagne, but Microsoft has reason to celebrate this week. The early results for its Bing search engine are impressive. 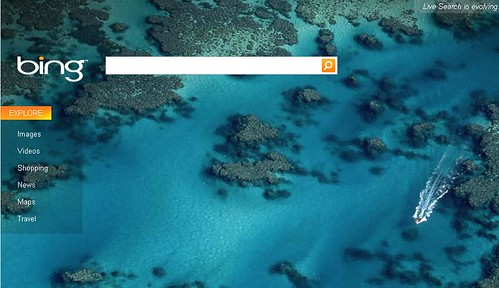 According to comScore’s preliminary study, Microsoft’s latest effort to dethrone Google in the search-engine wars is posting gains. The results show substantial improvement in Microsoft’s position in the search market in the days following Bing’s launch.

“These initial data suggest that Microsoft Bing has generated early interest, resulting in a spike in search engagement and an immediate-term improvement to Microsoft’s position in the search market,” said Mike Hurt, comScore senior vice president. “So far it appears that the lifts in searcher penetration and engagement have held relatively steady throughout the five-day period.”

“The ultimate performance of Bing depends on the extent to which it generates more trial through its extensive launch campaign and whether it retains those trial users,” Hurt said. “It appears it is off to a good start.”

“It remains to be seen if Bing falls away after the initial novelty and promotion, but at first sight it looks like Microsoft is on to a winner,” said Aodhan Cullen, CEO of StatCounter. “(CEO) Steve Ballmer is quoted as saying that he wanted Microsoft to become the second-biggest search engine within five years. Following the breakdown in talks to acquire Yahoo at a cost of $40 billion, it looks as if he may have just achieved that with Bing much sooner and a lot cheaper than anticipated.”

Cautiously Optimistic
Beyond the U.S., Bing was the eighth most-visited Web site in the United Kingdom and the third-ranked search engine there, accounting for 10.8 percent of the U.K. market, according to Hitwise. The average visit length in the U.K. was eight and half minutes.

The data from comScore, Hitwise and elsewhere indicate that consumers are aware of and testing out Bing, according to Greg Sterling, principal analyst at Sterling Market Intelligence.

“It’s important to be cautious at this early stage, but it appears that Bing is off to a promising start for Microsoft, after so many false starts in search,” Sterling said. “Over the next two months we’ll be able to see patterns develop and determine whether, as they say in Hollywood, it has legs.”