Drops “Watch What Happens” tagline for “by Bravo” 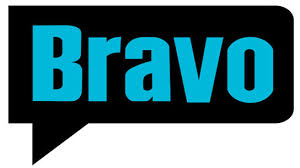 Bravo Media is launching a multiplatform creative redesign of its network, websites and mobile division, replacing the long running “Watch What Happens” tagline for a new one: “by Bravo”
The redesign is slated to coincide with the launch of NYC Prep, Bravo’s docudrama about life at a New York City prep school. The series and design refresh will launch June 23.

The “by Bravo” tagline will be incorporated into interstitials and promos by adding adjectives that describe the network’s programming. For example, the tagline would say “Drama by Bravo” to promote an episode of The Real Housewives franchise, “Food by Bravo” for Top Chef or one of its upcoming spinoffs or “Funny by Bravo” for Kathy Griffin: My Life on the D-List.

The tagline will also connect with the network’s other properties, such as its growing consumer products division (Shop by Bravo) or mobile unit (Mobile by Bravo).
The look of the refresh is described by the network as pop art-inspired, with bright colors prominent throughout the campaign.

“The goal of this redesign is to give Bravo a fresh look that illustrates where our brand is going while staying true to our roots,” said Frances Berwick, General Manager and Executive Vice President, Bravo Media, announcing the redesign. “Bravo is more than a television network – it’s a trendsetting, multiplatform brand. We’re reflecting the strength of our brand and communicating this to our audience by transforming the signature talk bubble logo from a television message, ‘Watch What Happens,’ to a position of curation and ownership, ‘by Bravo.'”