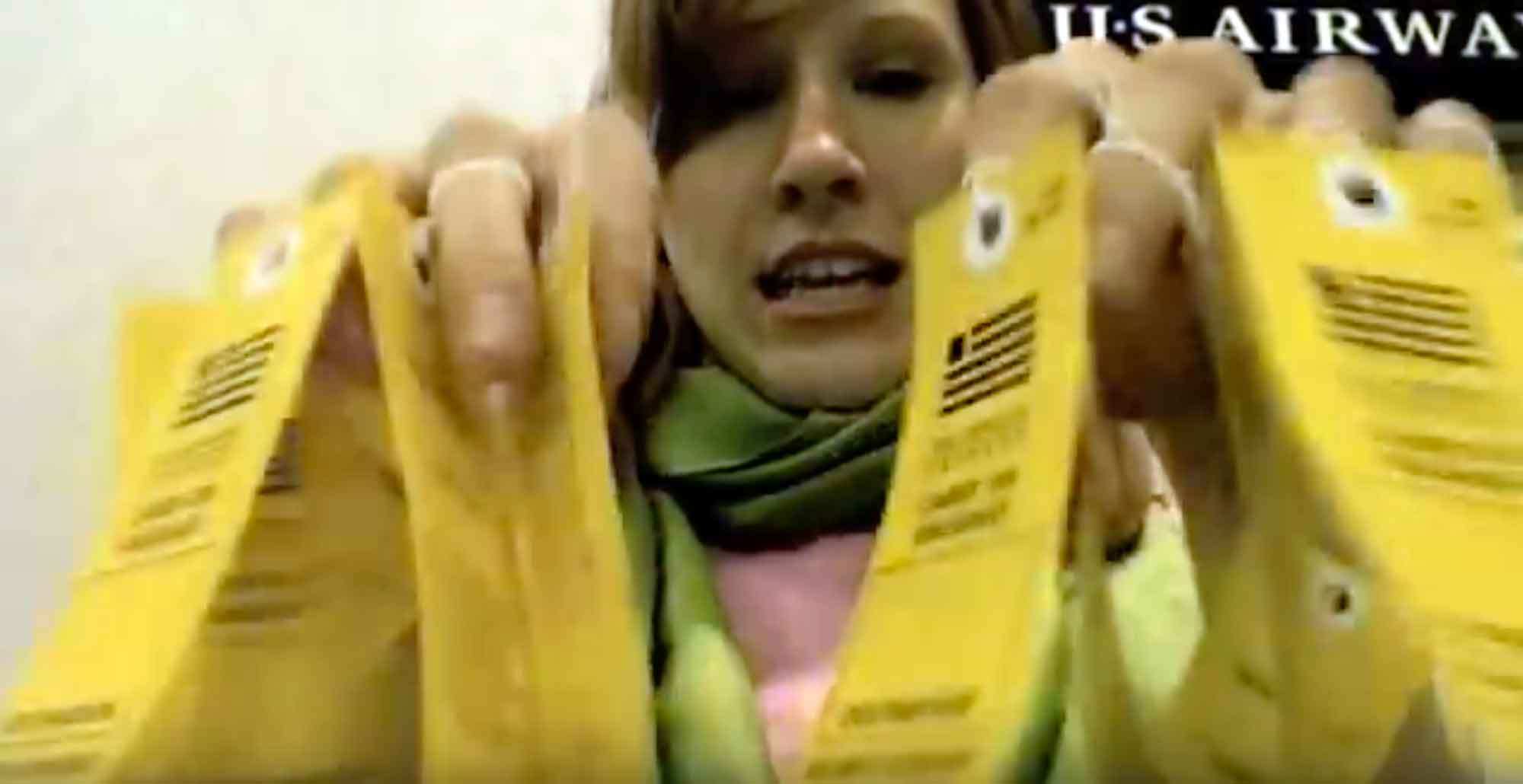 Have you ever been stranded overnight in an airport? What did you do? Watch a movie on your iPhone? Read a book? Sleep? What about making a viral video? That’s what Ashley Klinger did. She missed her evening flight because of a massive snowstorm. But instead of getting a hotel, she decided to hang around her gate in the Pittsburgh International Airport until the next available flight at 5:40 AM. Ashley recorded her airport adventures and uploaded the video to YouTube.

Ashley Klinger Alone in an Airport

Apparently, Ashley had a BLAST! In the video, you can see her riding wheelchairs, sliding on food trays and pretending she’s a robot. Not only did Ashley have fun, but everyone else too. The clip has gone viral on YouTube. We can’t wait to see what’s next from this singer, dancer, actress in the future. You can learn more about Ashley on her website AshleydKlinger.com.

Now, what if Ashley Klinger and Christoper “Weapon of Choice” Walken were both stranded at the airport overnight. What would that look like? Here’s a video in case you are curious.

Want to save this YouTube video on to your computer? Here’s a step-by-step methodshop.com tutorial on how to rip video files off YouTube.com and convert them for any iTunes compatible device like an iPod, iPhone or Apple TV.