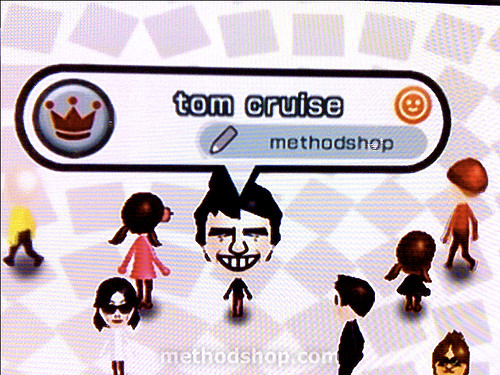 The Nintendo Wii is a great console. It’s family friendly, fun and allows you to customize your characters, called Miis, used in many of the games.

The “Mii” is a brilliant concept. Instead of being some generic character in a game, you can be yourself. You can also make a celebrity look alike Mii. That way the next time you are playing Baseball on Wii Sports, you might end up with a celebrity Mii on your team like Oprah, Borat, Charlie Brown or even Mr. Scientology himself… Tom Cruise. If you are a Tom fan, then go wild and have fun. If you hate him, then beat up his Mii in Wii Boxing. It’s up to you!

This methodshop.com tutorial will guide you through the process of creating a celebrity Mii and sharing it on the Internet.

Tutorial: How to Make and Share Celebrity Miis for the Nintendo Wii