Home video Supermodels and Meat Sports: OMG have you seen this video yet? 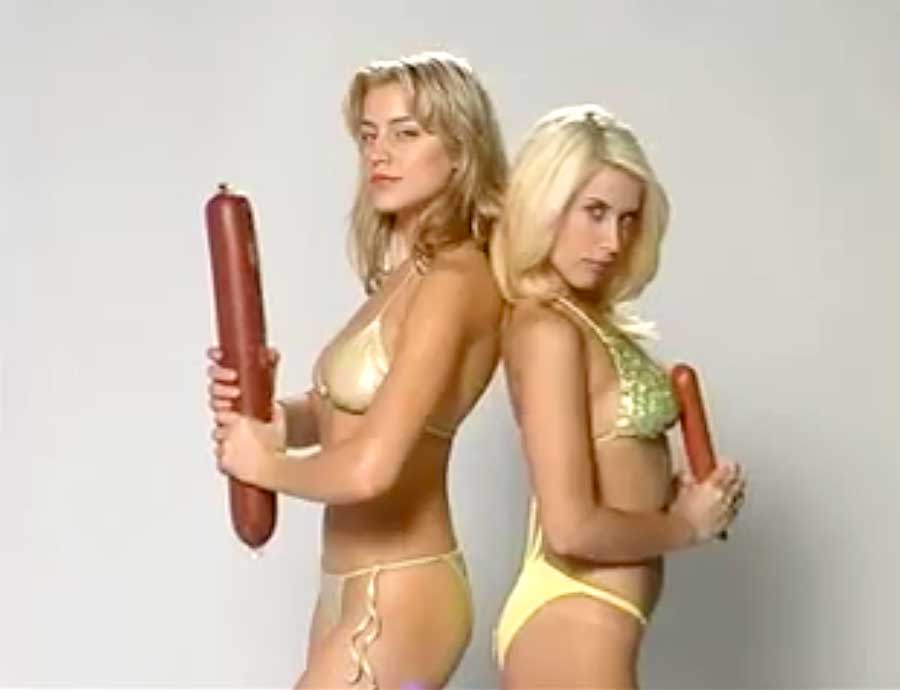 Here’s a blast from the Internet’s past.

Before YouTube and Twitter were part of daily Internet life, people had to swap QuickTime videos if they wanted to share something. One of the more popular videos of early 2004 was titled “Supermodels and Meat Sports.”

The bizarre music video directed by Patrick O’Brien was deleted off our hard drives years ago, but apparently someone saved it and reposted it on Twitter. If you haven’t seen it yet, the NSFW video features scantily clad bikini supermodels dancing around with raw chicken, watermelon, mustard, hot dogs, hamburger meat and salami… and potato salad (WTF?). It’s like a weird art film but with a budget and models. The video reminded us of the raw meat iPod covers. Remember that?

Anyway, let’s hope alien civilizations get exposed to Beethoven and Da Vinci before they judge our planet by “Supermodels and Meat Sports”

Want to save this YouTube video onto your computer? Here’s a step-by-step methodshop.com tutorial on how to rip video files off YouTube.com and convert them for any iTunes compatible device like an iPod, iPhone or Apple TV.