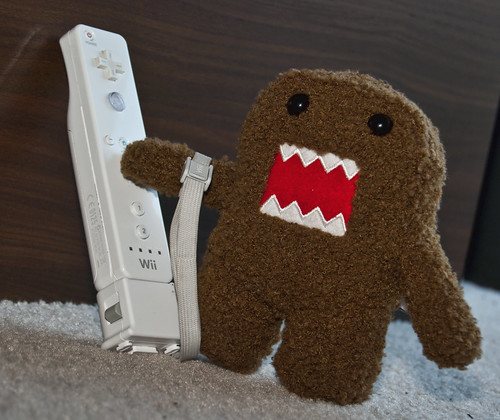 After enjoying a huge lead over its rival console makers, Nintendo saw its annual profit drop for the first time in 6 years. Sales of the Nintendo Wii console and the handheld Nintendo DS have slowed dramatically. Compared to last year, Nintendo’s net profits fell are down 50.45 billion yen.

The company sold 20.5 million units worldwide for the fiscal year ending March 31 – down 21% y/y. Nintendo is hoping for a rebound by releasing a 3D game machine that works without glasses, along with the “Wii Vitality Sensor” for the Wii – a device that reads a player’s pulse and other vital signs.