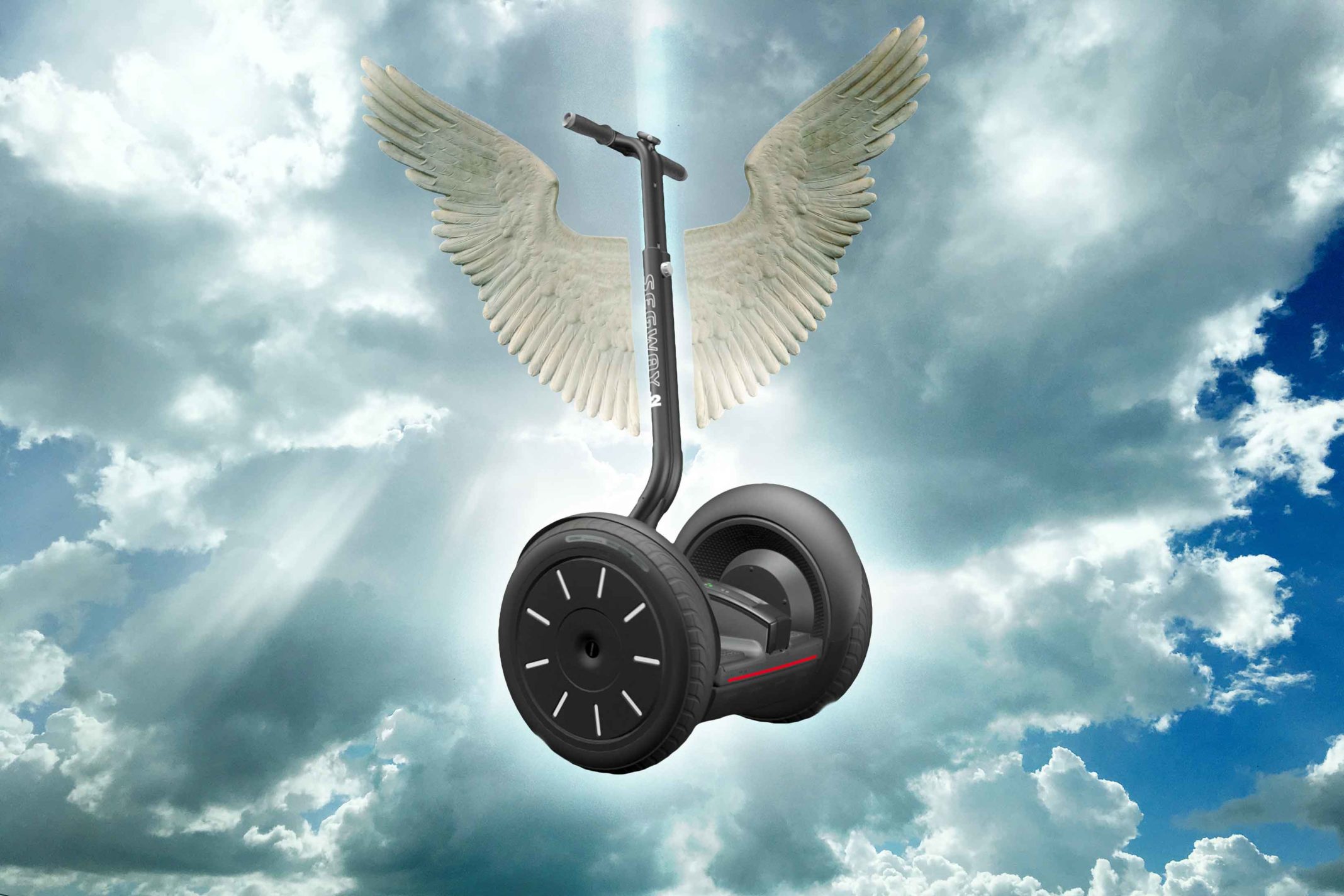 Noooooo!!!! Death by Segway (#DeathBySegway) is no way to go, not for anyone — but in a bizarre twist of fate, the owner of the Segway company indeed met his maker after a tragic accident on the transportation toy.

Jimi Heselden was only 62 when he took a wrong turn and careened down a cliff to his untimely death. Pouring salt on a cultural wound, word on the street is that Heselden was not only a good businessman but a totally ethical, seriously charitable one. A good old-fashioned good guy who should have outlived all of the crooks in his millionaire bracket. No justice, I tell you.

Here on methodshop, we’ve pointed out danger-loving Segway moms and Matt Lauer’s Segway test drive, but never dreamed we’d be posting such a sadly ironic shocker. (Incidentally, no foul play suspected.) So let’s raise a glass to a man who just last week gave 10 million pounds (UK-style) to charity, whose donations exceed 23 million pounds, whose favored charities are Help for Heroes and the Leeds Community Foundation. Let’s say a toast to the high-school drop-out and ex-miner who made good and made a fortune. Farewell, homie. We’re strapping on our helmets and kneepads in your honor.

Have you ever rode a Segway before?