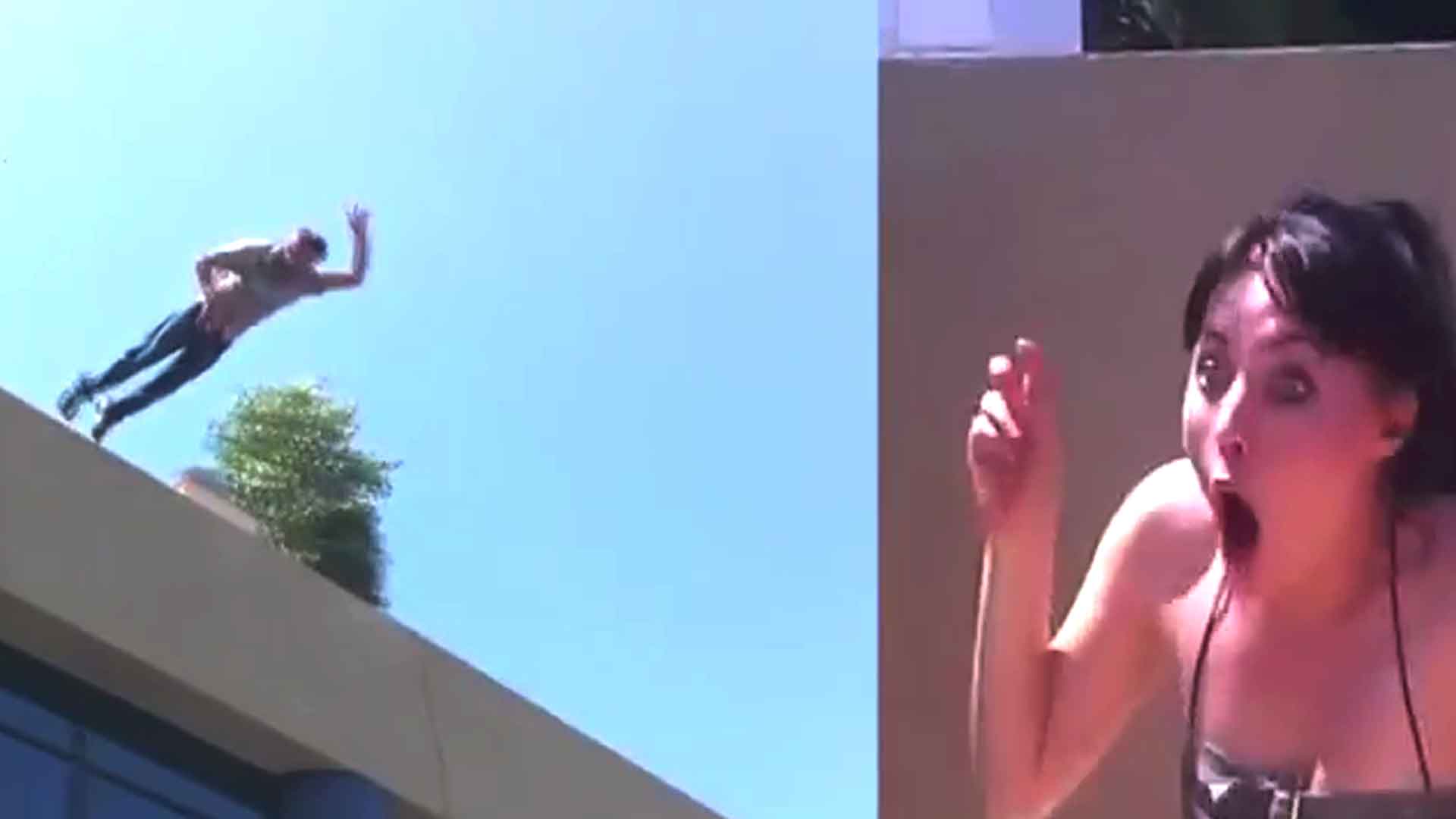 At a rooftop party, a man named Josh gathers everyone’s attention to toast his girlfriend, Brooke. To everyone’s delight, it’s a rooftop marriage proposal. He then asks his best friend to toss him the ring. But when Josh attempts to catch the ring, he loses his balance and falls off the ledge…. *gulp*

The bride-to-be and everyone else run over to the ledge in a state of shock. They are all relieved to see him lying comfortably on a giant airbag with a sign that says “Will you marry me?” How Was Your Marriage Proposal?

It begs the question: Would you jump off a 3-4 story building for your loved one? How did you propose to your sweetie? Did you do something different? Let us know! Connect with us on Twitter at @MethodShop with your story or video.