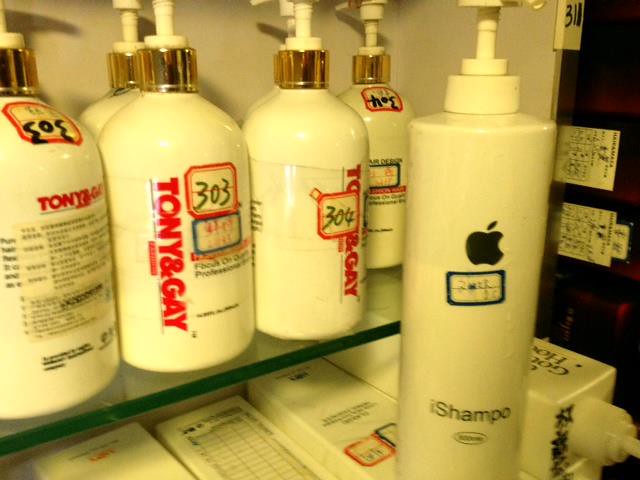 This bottle of “Apple shampoo” was spotted in a Beijing salon earlier this week. As a blog that frequently posts about Apple products, MethodShop.com was obviously curious and immediately had a million questions…

In all seriousness, we’re sure this is just a bottle of shampoo that a clever entrepreneur decided to slap an Apple logo on. But it’s still fun to speculate.

My friend @chi2zhang snapped this photo at a Beijing salon where they told her they use only the finest quali… tmblr.co/ZNFL8yVaLPUy