Do you frequently find yourself dreaming about tennis superstars Venus and Serena Williams? Would you rather not be disturbed during this dream? It must be your lucky day! Thanks to Apple‘s new “Do Not Disturb” feature for the iPhone 5, you can now dream about the Williams Sisters and not be disturbed.

On New Year’s Day, Apple launched a new ad on their official YouTube channel featuring… the Williams sisters!  As you can see in this clip, the ad features both Venus Williams and Serena Williams in the table tennis match of your dreams. The ad promotes the iPhone‘s new “Do Not Disturb” feature in iOS 6, Apple’s latest mobile operating system.

iOS 6 Bug Prevents “Do Not Disturb” Feature From Turning Off

Ironically, a January 1st date bug in iOS 6 prevented the “Do Not Disturb” feature from turning off. So if you were dreaming of the Venus sisters, then this malfunction would have made certain you remained completely undisturbed.

Maybe that’s why no one called or texted to wish you a Happy New Year.  And you thought your buddies were just hungover.

(No need to pinch me  — I prefer not to be awakened from this dream). 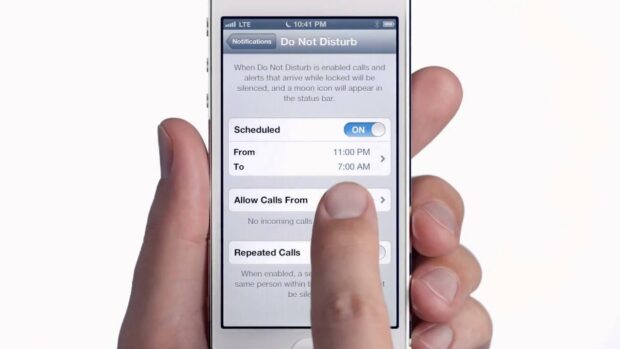