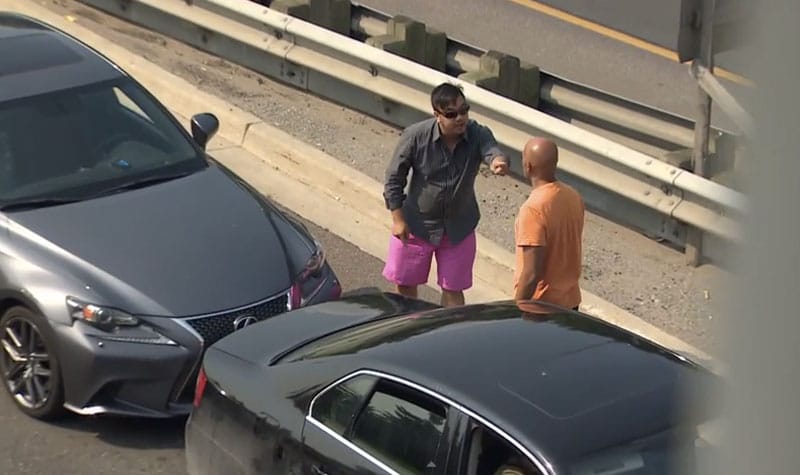 As the global population continues to rise, traffic is becoming a bigger and bigger issue. As a result, road rage incidents are on the rise. But not every instance of road rage has to end in violence. Here are some tame road rage videos that will help restore your faith in humanity.

A road rage incident interrupted a Toronto police officer being interviewed by a CBC News crew this week. Unlike in other counties, where road rage incidents often lead to violence, this one consisted of lots of strong words and aggressive finger-pointing.

The two men involved in the incident got back in their cars after the Toronto police officer told them to “go home” and “grow up.” Way to set the global example, Canada!

In another incident of tame road rage, these two guys have a middle finger duel in the streets of SOHO in lower Manhattan. After some tough talk, the middle finger battle continues after one guy crosses the street and then just ends without incident. They fought without guns or knives, just strongly pointed middle fingers.

Is Road Rage A Criminal Offense?

Typically, road rage often escalates to violence. Two frustrated people who have issues with each other either on the road or the sidewalk will often resort to a state of violence outside of their normal character.

Is road rage a criminal offense? No, not by itself. However, any physical violence resulting from feelings of road rage is a criminal act. But maybe these tame road rage videos will help inspire others to vent without violence. Let your frustration manifest itself as just a bunch of tough talk and middle fingers, not an at that might harm or kill another person.